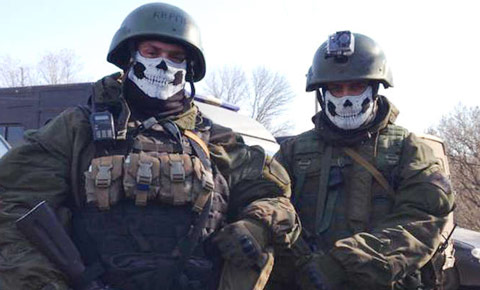 Syria is about to become a battleground between the United States and Russia, with the forces of NATO and the forces of Syria, Iran, and China backing the two powerhouses respectively.  Now there has been official announcement from the White House that Special Forces teams will deploy into Syria to coordinate and lead the efforts of “resistance forces.”  Such means a U.S. sponsored side that would (if equipped and capable) undertake a coup d’état of the Assad government.

The media nebulously labeled the deployment as “50 Special Operations advisors,” however, this means the U.S. Army Special Forces (Airborne), the only Special Operations units capable of deploying for long periods of time and conducting the training of foreigners as a force multiplier.  For those unfamiliar with American rationale behind the Green Berets (the SF teams), direct action and strike missions are not the primary forte.  Unconventional Warfare training is used to train indigenous (U.S.-goal) supportive military as well as civilians as a fighting force in operations that are insurgent or counter-insurgent depending on the foreign country’s status in relation to U.S. policy.

The locals are trained to conduct guerrilla warfare and unconventional warfare operations to the level of an American infantry unit.  By so doing this, the host government (or the government we are propping up to replace the current government) assumes the liabilities for its assets and an indebtedness to us (remuneratively or politically/foreign policy).  The Washington Post just released a small “blip” to characterize the mission for the deployed SF teams:

“The latest deployment will involve fewer than 50 Special Operations advisers, who will work with resistance forces battling the Islamic State in northern Syria but will not engage in direct combat, Obama administration officials said.”

Such a figure would equate to about 3 teams, with each team capable of training anywhere from 1,500 – 2,000 foreign personnel.  Here’s the thing: for every team you know about that is deployed, 2-3 more teams will deploy without any announcement.  Tony Cartalucci penned a piece that was posted on Infowars.com characterizing the U.S. planned division of Syria in order to fragment and destroy the Assad regime, and the insertion of SF begins it on the ground.

Now the overall bottom line is such: the aim of the U.S. is to topple Assad and emplace a puppet along the lines of the one the U.S. replaced Yanukyuvitch with in Ukraine.  By making such a “transition,” the goal is to turn Syria into another vassal state of the IMF and NATO.  Syria will then be forced to submit to the Western Consumer marketing hegemony that has gripped Europe and turned it into a hodgepodge “Frankenstein” union where each nation’s economies are plummeting.

All of this I mention to give the readership the current situation and a little background on what the U.S. Special Forces (Army) are designed to do.  Now here’s an excerpt from the UK Daily Mail that clearly shows the stage is being set for the upcoming Ghost War between Spetsnaz and the U.S. Army Special Forces, as such:

“Vladimir Putin‘s crack Spetsnaz units are said to be preparing a ground assault on rebels fighting the Syrian President – most of whom are backed by the West.  They have been ordered to wipe out opponents ‘by any means’.”

In their own words, here is “the fight card.”

The Blue Corner: The U.S. [Special Forces] “will work with resistance forces”

The two sides have been placed on a collision course in which there is bound to be shooting. The Russian operators are good: they’re very good, and they are masters of assassination and counterintelligence missions.  The last time the U.S. came up against them definitively was in Bosnia in ’93 and ’94 where the Spetsnaz boys were supporting the Serbs.

For more information on Spetsnaz and how they work, you may wish to read Viktor Suvorov’s (V.B. Rezun’s) works, Inside Spetsnaz, as well as Inside the Aquarium (the latter is about the GRU, but it entails Spetsnaz as well, and how in modern times the two are oftentimes merged into units).  The books are very detailed about missions performed as well as equipment, strategy, and doctrine.  The latter two components are virtually unchanged from the days of the U.S.S.R. to now.

So there we have it.  Word has come to me from a source who must remain anonymous stationed and serving with 10th Special Forces Group (Airborne), in Ft. Carson, Colorado, that the United States “is prepared to commit a much larger element [of Special Forces] than the one currently deployed, in accordance with the changing situation.”

Ghost Wars lead to all-out/conventional wars.  Now we have a situation where the two main heavyweights are positioning themselves to conduct such operations against one another.  The ending, ladies and gentlemen, is almost certain to escalate into a full-blown war… the one that can very well blossom into World War III.