Former Barrick Gold President: “A Big Move Has Begun… There’s Something Fundamentally Wrong With The Economy” 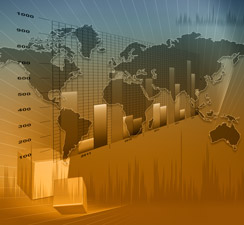 There are few people as knowledgeable about  global commodities markets, fundamentals, cycles and the effects of investor sentiment on price movements as Jim Gowans. He is the former Co-President of mega-mining company Barrick Gold, the former President of De Beers Canada, and currently serves as the President and Chief Executive Officer of mineral exploration firm Arizona Mining.

In a recent interview with SGT Report Gowans warns that economic and monetary fundamentals suggest we have some deep rooted problems with no resolution in sight. Having personally witnessed the effects of Zimbabwe’s hyperinflation , Gowans notes that when currencies around the world finally collapse from the weight of unlimited quantitative easing, paper money as we know it today will no longer be a viable mechanism for trade. When that inevitable day comes for the U.S. dollar, the general populace will have no choice but to replace it with “in-kind” commodities like gold that will be used for trading for essential goods.

I was living in Africa, in Botswana, and looking over across the border into Zimbabwe watching hyperinflation to the point where people were collecting million dollar bills that were worth nothing… ZimDollars they called it… I had a few friends of mine in Zimbabwe that were trillionaires…

In Zimbabwe they went to the U.S. dollar… in other places they’ll go to in-kind commodities like gold.

Gowans says that mining is simply not sustainable for the companies who produce gold if the price is $1100 per ounce or lower, which explains why we’ve see a powerful up-trend in precious metals since the start of 2016:

I think a move has begun… When you have bonds at negative interest rates you know there’s something fundamentally wrong with the economy. That’s a statement of the relative safeness of currencies… when people actually feel they can buy that bond and pay money to keep it in that bond just because it’s a safer haven than other investments then that’s pretty bad.

Keeping in mind that absolutely nothing has changed for the better since the Crash of 2008 and that the Federal Reserve has hinted at even more large-scale central bank intervention, we can reasonably conclude that the situation is about to get even worse.

That, of course, can mean only one thing: the price of commodities, especially safe haven assets like gold and silver, will continue to rise.

For more interview like the one you just watched visit SGT Report.