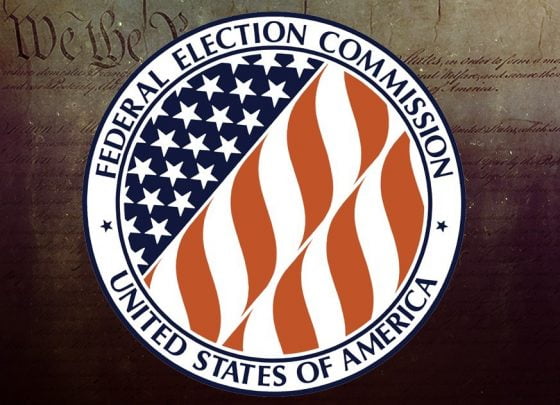 It’s hardly surprising The New York Times and The Washington Post didn’t bother to report on the rally at the British Home Office in support of Julian Assange.

A quick search of the news reveals AOL and Reuters reported on the rally which featured Roger Waters of Pink Floyd. If not for Waters’ celebrity, it’s possible no corporate media outlet would have covered the event.

Julian Assange is no longer news. His torture at Belmarsh prison is not worthy of reportage. Far too many establishment “journalists” (professional government script readers) believe Julian Assange is getting what he deserves for the crime of exposing the serial murder of the state in foreign lands that have not and are not capable of harming Americans. Now that task is left to white nationalists and conspiracy theorists, according to the state and its media.

“How do we put ourselves in the position of a Julian Assange in solitary confinement, or with that kid in Syria or Palestine or Rohingya, being blown to bits by these people in this building here?” said Waters.

Tonight I joined Roger Waters in a unique event outside the Home Office in London. Roger sang 'Wish You Were Here' in solidarity with Julian Assange. Watch the livestream here …https://t.co/lBQmSmHMnE

Event: On Monday, 2 Sept at 6pm, Roger Waters of Pink Floyd will perform 'Wish You Here' for Julian #Assange outside the Home Office (interior ministry) in Marsham Street in the heart of London. pic.twitter.com/GCZpLADzGM

I admit surprise Reuters would include this quote. It is at the very core of the issue—the US and Britain are guilty of war crimes and Julian Assange is one of a handful of brave people revealing the truth about the wars in Syria, Iraq, Libya, Yemen, and Afghanistan.

It’s not so much the snuff video of US soldiers remotely and casually slaughtering journalists and others, including children, in Iraq. It’s more about the tranche of emails lifted from the DNC revealing how mendacious and viciously manipulative the organization is with people like Hillary Clinton, Debbie Wasserman Schultz, and John Podesta calling the shots.

Meanwhile, large segments of a loosely defined alternative media are under attack.

Years after Republicans on the Federal Election Commission claimed Democrats were targeting conservative speech on outlets like the Drudge Report, the liberal head of the FEC is teaming with an anti-Trump free speech advocacy group to host a symposium targeting online “disinformation.”

The September event is inspired by Russia’s online efforts during the 2016 election and is expected to include Republicans and Democrats as well as big internet firms such as Google, Facebook, and Twitter.

Politico reported this week that FEC Chairwoman Ellen Weintraub is hosting the event and summoned the tech giants. Her invitation reads, “The goal of the symposium will be to identify effective policy approaches and practical tools that can minimize the disruption and confusion sown by fraudulent news and propaganda in the 2020 campaign,” according to the outlet.

1/ Chair of the @FEC, Democrat @EllenLWeintraub, "is summoning Facebook, Google and Twitter to a meeting next month on digital disinformation," reports @nancyscola of @politico: https://t.co/KVs4CDS2I0

The FEC has been largely ineffective in recent years, with commissioners unable to agree on nearly anything. And it’s slated to become even more hamstrung with the departure of Commissioner Matthew Petersen, effective Saturday. That move will leave the FEC with only three of its six seats filled—and without the quorum needed to vote on substantial matters.

Forget the confusion and uncertainty at the FEC. For a government bureaucracy, this is normal behavior. After Democrats take back the government, they will fully empower the FEC to go after “conservatives” and anyone else who challenges the narrative or supports a presidential candidate not pre-approved by the ruling elite, now popularly known as the Deep State. The gossamer-thin excuse for this inquisition is Russia and its unproven and clownishly ludicrous supposed attempt to collude with Trump during the election.

“Google, Facebook, and Twitter have been invited by the head of the Federal Election Commission to explore ways to combat digital disinformation in the 2020 elections,” Bloomberg reports.

The all-day symposium on Sept. 17 will examine new types of false information spread online that could be used to influence elections. In 2016, Russia used online platforms in a bid to support the candidacy of President Donald Trump, according U.S. intelligence agencies.

Ellen Weintraub, the head of the agency, is co-hosting the event, which will also include academics, congressional staffers and political organizations, according to an official at the agency.

The Russian collusion BS—widely debunked yet accepted as gospel by many Democrats—will serve as a cover for this witch hunt billed as a symposium.

The social networks have been widely criticized for allowing the Kremlin-linked Internet Research Agency to abuse their platforms during the 2016 election. Many of the Russian ads and posts, which were viewed by millions of people, disparaged Democratic candidate Hillary Clinton, boosted Donald Trump or stoked divisions in American society, such as those over the Black Lives Matter movement.

Notice how Politico continues this outrageous conspiracy theory. It is only possible because this idiotic theory has been pushed by the state and its media since 2016. It is drilled in the heads of millions of people too lazy or busy to read beyond headlines, let alone do independent research on political issues.

Politico, however, is not considered a dangerous white nationalist conspiracy website, the kind the FBI is now scrutinizing. It continues to skewer facts and set the stage for denying an untold number of Americans their First Amendment right to free speech.