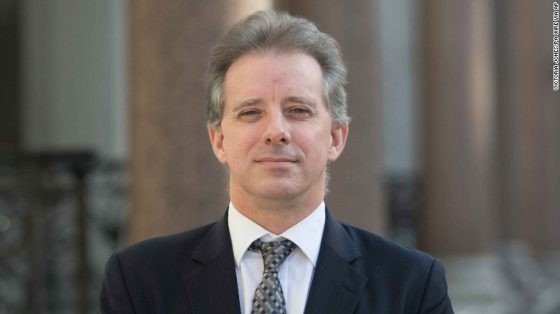 Former British MI-6 Intelligence Officer Christopher Steele, who was paid $168,000 by Fusion GPS’ Glenn Simpson to write and promote the dossier funded by the Democratic National Committee was a no-show in a civil court case.

The multi-million dollar libel case has brought against Buzzfeed after the media outlet published the unverified disinformation dossier at Steele’s insistence. Steele was paid to promote the fake dossier among select journalists in a smear campaign against President Donald Trump.

According to reports from Fox News, Steele was a no-show Monday for a long-requested deposition in London. The news comes as Senate Judiciary Committee Chairman Chuck Grassley, R-Iowa, and Senator Lindsey Graham, R-S.C., have announced a criminal referral on Steele.

Evan Fray-Witzer, a Boston-based attorney representing Russian tech tycoon Aleksej Gubarev in multi-million dollar civil litigation, described Monday’s U.K. court actions to Fox News. “My understanding is that Mr. Steele’s lawyers spent a good deal of time arguing why they thought he (Steele) should not be required to sit for a deposition and that ultimately the court took the entire matter under advisement.” Gubarev is suing the British-based Steele’s company Orbis Business Intelligence because the dossier also smeared Gubarev’s companies which include XBT Holdings and Webzilla.  The dossier claimed the companies used “botnets and port traffic to transmit viruses, plant bugs and steal data.”   Fray-Witzer said, “Certainly with respect to Mr. Gubarev, Webzilla and XBT there has never been a single scrap of evidence about them in the dossier.”

As Fox News has reported based upon a review of British court records, Steele promoted and met with five media outlets repeatedly between the spring and fall of 2016.  At the same time, Steele was also meeting with the FBI in Rome, according to reports.

Records obtained and reviewed by Fox News from related civil ligitation in Florida reveal that Steele maintains that even showing up for a deposition would “implicate state secrets in London.” Fray-Witzer stressed in that hearing that the British government “has not asserted” Steele’s claims. The attorney has said Steele “is asserting he can’t speak about things.  We have pointed out that he’s spoken to anyone who is willing to listen, every journalist, and the FBI.”