“Everything Else Is Almost Irrelevant”: Era Of Cheap Money Ending, Financial Hell Unleashed 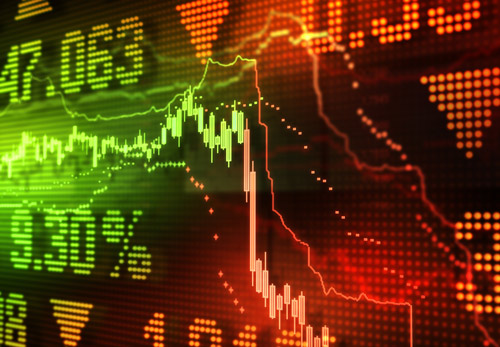 We’re living in the calm before the storm.

That much everyone can sense.  The stock market highs and holiday spending spree will soon be over, the inauguration will presumably go as planned, but that’s when everything could start to go off course.

The only question is how the storm is going to stir into a frenzy – there will be a pretext of some kind. What seems certain is that it is past time to get ready for a difficult period. This could be the big, slow squeeze and the long winter.

The economy became immune to stimulus and quantitative easing; the market can only be propped up so long, and the realities of raised interest rates a matter of timing for the Fed to decide. Now, President-elect Trump provides the catalyst necessary for a dramatic rise and fall in the economy.

With the force of the economic avalanche that is poised to fall upon us all, the policies and actions of President Trump will do little to stem the tide of what is already coming; for better or worse, there is little that Trump himself can do even though it may fall squarely on his administration.

There are many putting out the talking points now; the warnings are reaching a crescendo.

Jay L. Zagorsky, Economist and Research Scientist at Ohio State University, is predicting a recession for 2017, in spite of glowing outlooks, that could dominate headlines:

My outlook for 2017 and beyond is that the U.S. economy will likely see another recession.

It could be a sudden trigger like the collapse of Lehman Brothers in late 2008 or just a general loss of confidence.

[…] At the end of very long expansions, banks and finance companies are willing to lend to almost anyone because they become overly optimistic. Some of this willingness to lend carelessly is currently seen in U.S. car loans.

[…] like a game of musical chairs [….] suddenly “the euphoria becomes a panic, the boom becomes a slump.”

Recession, of course, is a euphemism for something much more far reaching… yet the sense of true panic is there. This could be bad.

Regardless, people across the spectrum are warning about the financial blowback that is likely headed our way. Many prominent economists are currently signalling either slow growth, or the onset of a crisis that no Trump could contend with, as RT notes:

Many of the experts said the global trade slowdown, seen during the slight recovery from the financial crisis that started nearly a decade ago, could worsen.

Emerging economies are expected to remain vulnerable… accelerating inflation and a soaring US dollar among the risks to the economic balance.

“Mr. Trump and his team have promised growth of 3.5 to 4 percent or more, which we see as ‘magical thinking’ unless accompanied by accelerated productivity growth,” said Michael Carey, US economist at CA-CIB.

If these guys are right, the Trump Administration promises of boosting the economy could end up a no go, nothing more than “magical thinking” and an overly-optimistic sales pitch.

Hopefully they are wrong.

Mike Adams emphasized the gravity of this massive monetary shift – it will rock global events, and likely overshadow almost anything else taking place during 2017 and the years that follow it:

The only prediction that really matters for 2017: The global debt collapse begins, followed by the rise of fascist, totalitarian government

At first, I thought about putting together a list of 25 bold predictions for 2017, but in the end I realized only one prediction really matters. It makes everything else almost irrelevant.

To understand the implications of this one prediction, you need to grasp the reality that we are approaching the end of the era of cheap money, endless debt and fiat currency money creation.

Now, with Trump getting sworn into office on January 20, 2017, the globalists no longer want to prevent the debt collapse from taking place.

The timing of all this is during Trump’s first four years. The plans will be set into motion in early 2017, and the mechanisms for engineering a crash will be initiated almost immediately after Trump’s inauguration. The effects of those actions, however, will take time […] no one can accurately predict the timing of when those actions will release the avalanche of global debt collapse. […] but what we do know is that once the avalanche begins, it will be unstoppable until it hits bottom.

As the debt collapse unfolds, we’re going to see the freezing of banking transactions, government payments and food stamp debit cards. The stock market will collapse (or be frozen), pensions will collapse, many banks will implode, the FDIC will go bankrupt, real estate will collapse, international banks will save themselves with “bail ins” and so on. It’s going to be financial Armageddon on a scale no living person has ever witnessed before.

Once that happens, there will be a backlash from the federal government and the emergency infrastructure that could swiftly implement a police state, tight cash and monetary controls, violence, looting and unrest in the streets and short supplies everywhere.

If the crisis is widespread enough, almost any level of draconian measures could be justified.

With nearly 50 million people dependent on food stamps in this country, no job growth, stagnant wages and a hungry, desperate and idle population drowning in debt, there will indeed by unrest as no one in this country has ever seen it.

If they are fueling the fire so that it burns with spectacular destruction, it may be wise to get as far back and away as possible.