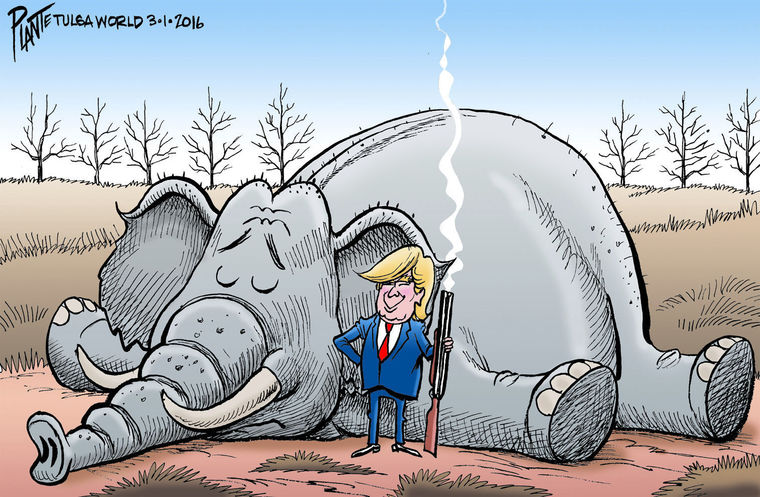 The corruption is on every front. And it is pretty obvious that the two party system has thoroughly rotted through, and its decrepitude obvious to all the onlookers.

There is a great deal of uproar about the collapse of the GOP – which has been thoroughly thwarted and upstaged by Donald Trump at every turn… but it should really come as no surprise.

Everyone hears the warnings that the system is collapsing, but when it doesn’t happen right away, every goes back marching to the music.

But the establishment party hacks – who have long forced sellout candidates pushing a draconian agenda to the captive people – could not fill their empty suit in 2016 with any of their 16 other party-loyal candidates. They were so desperate, they even considered rolling out two-time presidential loser Mitt Romney and Speaker Paul Ryan as last minute candidates.

Even now, the party insiders are trying to reinvent the twist with a Ted Cruz/ Carly Fiorina “dream team” ticket that is sure to make anyone cringe, but the party hopes will keep it all in the family anyway:

Naming Carly Fiorina as his vice-presidential pick at this point provides Mr Cruz with several benefits… Mr Cruz has his back to the wall. He needs a win in Indiana, and he really needs a strong performance in California. Mrs Fiorina on the ticket could help – and at this point, anything that might work is worth a shot.

The desperation is comical, especially as Fiorina has already been rejected by voters who were put off by her cold matron authoritarian traits, and since the race started with Ted Cruz positioning himself as the Tea Party “outsider” whom the party disliked.

Now Cruz is their last standing man, and he is about to crash in a bicycle-plane built for two. 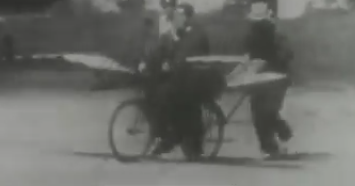 Why? Because the corruption of the system has reached its limit.

For years, the conspiracy theorists and quiet historians have been warning that the empire was reaching a point of no return.

Nobody cared, not that they could have stopped the ride anyway (though perhaps they could jump off in time).

And now it is too late.

If the tyranny isn’t naked enough for you, just take a look at Dennis Hastert – once in the third most powerful office in the land as Speaker of the House.

Now, he has been sentenced to 15 months in prison for crimes related to his sordid past as “a serial child molester,” as the presiding judge phrased it at his sentencing:

Former US house speaker Dennis Hastert was sentenced to 15 months in prison on Wednesday by a federal judge who called him a “serial child molester” after emotional testimony from a man who said Hastert abused him when he was 17.

Hastert admitted for the first time on Wednesday that he had abused multiple teenagers when he was a high school wrestling coach.

Hastert’s attorney asked for the 74-year-old to be spared jail time in light of Hastert’s age and poor health.

Hastert, a Republican, served as US House speaker from 1999 to 2007, during which he was second in line for the presidency. He was first elected to Congress in 1986.

Of course, he wasn’t even tried for his real crimes, but rather a lesser financial indiscretion that was provable linked to hushing up his victims.

Obviously, plenty of people knew about the immoral and illegal proclivities for young boys held by the former speaker of the House.

Plenty of people also knew about the biggest open secrets from inside the Bush and Clinton administrations – ranging from drug smuggling, secret arms trading, prostitution and the like to paramilitary and gang sponsorship and CIA assassinations of top leaders.

Though no one has even been held accountable, they rank among the darkest scandals in the nation’s history.

But it wasn’t until now that enough people were fed up with it.

The future regret the country might have as “Trump’s next ex-wife,” is nothing compared to the battered and bruised relationship it has had under the last several decades of political alignment.

Former Republican Speaker of the House Newt Gingrich – part of the old-line establishment leadership that included Hastert – told the GOP to “get over it” and acknowledge that the party has been defeated.

Pro-torture establishment senator Lindsay Graham lamented the death of his party’s grasp on power two months ago in a surprisingly riveting admission of defeat:

The present party is over. Tag end of an era onto politics, along with the economy and the American Dream in general.

But no person, and no establishment, is too big to fail.