EPIC RANT: “They Take a Press Release from the Federal Reserve and They Think It Was Written by God” 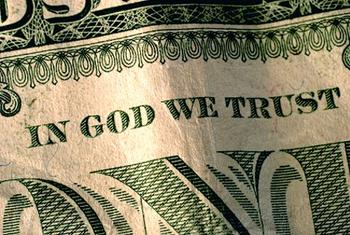 If there’s one thing that individual investors can take away from Ben Bernanke’s latest Fed update, it’s that all confidence in the financial and economic systems of this country has been lost.

Within seconds of Ben Bernanke suggesting the Fed would taper monetary expansion and reduce their activity stock markets tumbled.

This proves one thing, and it’s what we and many other critics of Fed policy have been saying for nearly five years. The only thing keeping the entire system afloat is the fact that the U.S dollar is the world’s reserve currency, and that we can print it to infinitum.

Ben Bernanke simply spoke of pulling back the money printing and look what happened. Stock markets dropped almost instantly. Can you image what will happen when the Federal Reserve actually stops the printing, or even pulls back a little bit?

It would be financial chaos on an unprecedented scale.

Americans should be outraged that it has come to this. And one American in particular has no qualms about letting his feelings be known.

This is one you don’t want to miss.

Via Zero Hedge and The Daily Crux (video below)

How is the economy? Economy is great.

What about stocks? You got to buy them.

What if they break? You have to buy the dips.

So what’s wrong, Ben? Why can’t we get out of crisis management mode?

There’s always going to be something.

If you pull it away and the stock market goes down, where does it say in the Constitution that some form of the government has to guarantee that stocks go up? Or guarantee that you have a house?

They don’t. Where have we gone off the rails? Enough is enough!

Why don’t these people kick the tires?

They take a press release from the Federal Reserve and they think it was written by God.

Take the hint coming from today’s market reaction. Something is VERY wrong with our economic, financial and monetary systems.

Chances are, the minute they pull back these markets are going to collapse. There are those, like the billionaires who have been selling off millions of shares of bank and retail stocks as of late, who know what’s coming.

There’s a reason that the Japanese, Europeans and Americans are implementing “bail in” rules that will force financial losses on depositors just like you.

Ben Bernanke may think he can slowly reduce quantitative easing. But, as billionaire financier George Soros noted in his book The Crash of 2008 and What it Means, the infusion of these massive amounts of capital may work for a while. Eventually, however, it must be pulled back or you’re going to end up with runaway inflation.

The problem, as Soros highlights, is that no one really knows what pulling back will actually do or if it is even possible.

This afternoon we got a very small dose of what to expect should the Fed pull back on the monthly billion dollar bailouts.

Keep printing, and we end up with hyperinflation.

Stop printing, and the whole system implodes in on itself.

We have two options, and both lead to complete and utter disaster.

The end result will be the same for the average person on the ground.