Elizabeth Warren Warns Of ECONOMIC CRASH, Her Policies Will Make It Worse! 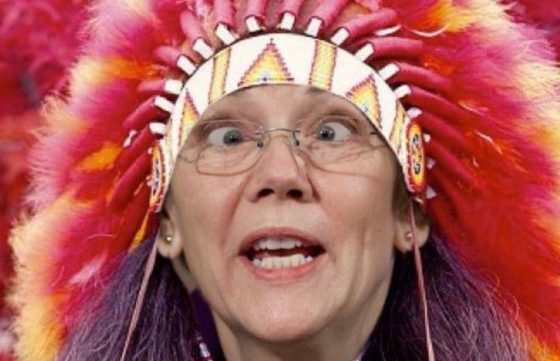 Democratic presidential hopeful Elizabeth Warren says that some warning signs are flashing that we will have an upcoming economic crash. While the crash is imminent and the signs are obvious, Warren’s own policies will demolish the middle class and impoverish everyone in the United States.

Warren has literally just given anyone with a few brain cells a reason to never vote for her and reject her socialist policies. “Warning lights are flashing. Whether it’s this year or next year, the odds of another economic downturn are high — and growing,” Warren said according to CNBC.

And what, pray tell, does Warren think the problem is?  Massive consumer and corporate debt.  But she’s failing to blame the major money printing scheme that’s devaluing the dollar as we speak and the immense government debt she’ll add to by writing off student loans and instituting a Medicare for all plan.

Citing a top economist, Warren wrote that a failure to raise the debt ceiling in September could be “more catastrophic” than the 2008 collapse of Lehman Brothers.  But raising the debt ceiling yet again will do nothing more than further devalue the U.S. dollar that several countries are already rapidly moving away from.  Warren also noted weakness in the manufacturing sector, putting the blame for its recent slowdown on President Donald Trump, who has tangled with China over trade. While Trump rightly deserves criticism for his failed trade war, he is only partially to blame. The Federal Reserve’s money-printing scheme and the government’s inability to stop spending money they haven’t stolen yet will be crushing to average Americans.

“The country’s economic foundation is fragile. A single shock could bring it all down. And the Trump Administration’s reckless behavior is increasing the odds of just such a shock,” Warren wrote while failing to mention that her scam idea of paying off student loans and adding that money to the national debt will devastate the already “fragile” foundation.

Warren’s very ideas are the problem, to begin with.  She wants to increase the power of unions, which have all but destroyed the once-prosperous city of Detroit after bankrupting businesses. She wants a $15 per hour minimum wage will result in job losses and hours being cut, not an increase in pay. She’d also like to impose the Green Manufacturing Plan, announced last month, which includes $2 trillion in investments over the next decade in research which will be added to the national debt.

Her ideas are literally the problem and she’s craftily disguised them as a solution which has become typical of a democrat. They just need more power and more of your hard-earned fiat money and complete control over every aspect of the economy and our daily lives and then we’ll have everything we could ever want: except freedom.

Take the necessary steps to prepare for anything! A financial recession is only a matter of time, and Warren is correct about that.  However, she’s wrong on historical and economic levels about the root cause of economic crashes.  Central banking and governments have been responsible for every single economic downturn in human history.

A helpful book to get you on the right fiscal path is Don’t Save for Retirement: A Millennial’s Guide to Financial Freedom by Daniel Ameduri. Ameduri, who was once on the brink of bankruptcy, will help you redefine wealth as a philosophy, not a dollar amount while turning passion projects into viable business plans.  Ameduri is now a self-made multi-millionaire and wrote this book as a way to share his guide to financial freedom with everyone!