Elected and Above the Law: Bill “Would Exempt Lawmakers from Prosecution of Nearly Any Crimes” 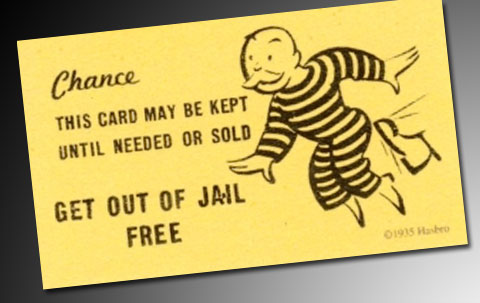 This one is just too rich. The arrogance and absurdity is over the top.

Granted, most of the political class is already de facto above the law to begin with.

But now, a lawmaker in Oklahoma has introduced a bill to officially give most lawmakers, judges, appointees and holders of high office immunity from prosecution.

The bill proposes to strip away the ability of a local level prosecutor, such as a district attorney, from being able to bring charges against anyone holding a government position. The text reads:

“The jurisdiction of a prosecution against a principal in the commission of a public offense, when such principal is a state elected official, state legislator, district court judicial officer, appellate judicial officer or an appointee of a state board or state commission at the time of the commission of the offense, is within the sole and exclusive prosecutorial authority of the Attorney General of Oklahoma. Such an action must be filed in the county of residence of the state officer.”

Under the legislation, only an Attorney General would be able to bring charges against such a person, who would effectively live in a separate class of citizens who are above the law. So long as they are in office, any “public offense” would not be considered a punishable crime.

As Counter Current News reported, this has at least one local prosecutor up in arms over the abuse of power:

“It’s a big deal to me. I’m upset and concerned,” Oklahoma County District Attorney David Prater explained. “This bill creates a different class of citizens that would be protected from the normal prosecution process.”

“I am suspicious … that is what this is really about,” Prater added.

The only justification offered for this outrageous and odious piece of “legislation” (for how can one make a law exempting one’s self and peers from the law?) is to combat ‘politically-motivated’ “malicious prosecution,” as in the case of former Texas Governor Rick Perry, who is being prosecuted for abuse-of-power (or how the irony twists round-and-round in this case).

So, to prevent abuse-of-power in frivolously prosecuting elected or appointed officials for alleged abuse-of-power, these officials should have immunity from the law to begin with?

And corruption already runs rampant in the halls of Congress, both on the state and federal level.

If Oklahoma adopted this law, it would likely only be a matter of time before other states do so as well. Washington would be on this yesterday, if possible.

This would absolutely cement the culture of corruption in politics, giving carte blanche for all sorts of behavior and all manner of deals involving conflicts of interest. The politicians could do almost anything – and so long as they tow the party line (of the two-headed, single party system), they would operate under total immunity.

But as for everyone else, not so much, of course.

The little people will continue to get the squeeze, facing prosecution and significant financial penalties for even petty crimes and misdemeanors, as well as imposed mandatory insurance policies, increased taxes and much more, generally laid upon these taxpayers by appointed and elected officials doing favors for their corporate lobbyist partners-in-crime.

That’s why the U.S. has the largest prison population in the world, with more than 2 million people behind bars.

That’s why the U.S. has a guilty-until-proven-innocent system in place, with more than 72 government-sanctioned non-criminal reasons to suspect some of being a potential terrorist.

That’s why the U.S. operates under a nightmare scenario where civil asset forfeit seizure “laws” have been used to steal people’s homes and property, even when they have not been charged with a crime.

This is how the other side lives.

While it is true that there are plenty of ‘bad guys’ committing some awfully heinous crimes, it is also true that there are far too many laws – in a country that was once founded on freedom, but is now swallowed up in bureaucracy – resulting in prisons filled with offenders who’ve committed non-violent crimes, victimless crimes and even petty and sometimes bizarre offenses.

And there are plenty of corrupt officials enforcing this system, but many of the judges and LEOs don’t even agree with the laws they are enforcing and sentences they are handing out (some of which are mandatory under statute).

Those same judges and LEOs would be powerless to arrest the politicians who made these laws – even if it were clear that laws were broken and abuses occurred. Even if they wanted to, not that I’m holding my breath.

Enter the trump card – an entire deck of get-out-of-jail-free cards.

What do you think about that?