Economist: “There Will Be A Recession. The Question Is When?” 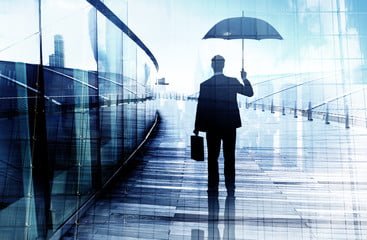 Nobel Prize-winning economist Robert Schiller says that there will be a recession.  The chances of another recession are 100%, but the question is when will it happen?

Schiller says that those who know a recession is coming are going to take action to protect themselves and could end up triggering the recession itself.  He dubs this “narrative” economics, according to an interview he did with Time. And yet, he admits there is a recession coming, he is uncertain of the timeline. So perhaps he’s right, yet not being prepared seems like a bad idea either way.

“Well, there will be a recession. The question is when. I’m tempted to say that we’re overdue for one, because this expansion will be the longest in history. That’s assuming the economy isn’t already in recession. I’m thinking about the narrative and the stories I’m hearing. I think the talk of the recession is building up. The stories are coming in which are probably related to the trade crisis. And it’s going back to a 1930s narrative about a tariff war, a trade war. It’s unsettling people. It’s causing some people to curtail their spending. Distrust of President Trump is building.” -Robert Schiller, via Time

The other major problem facing the United States should it go into recession before the election in 2020, is that it will “discredit” president Donald Trump, Schiller says.

“He [Trump] is constantly generating news. It’s what he did on his TV show. He would send people into conflictual situations, and then he would fire them at the end of the show. It’s a little bit like the wrestling that he was involved with, where he actually appeared in a wrestling TV show, punching another man. It’s what he knows. If we start a recession, it will discredit him. And public opinion could turn against him, and make him seem not so invulnerable.” -Robert Schiller, via Time

, he goes into detail on how the media and viral stories can sculpt economic events. In this groundbreaking book, Nobel Prize-winning economist and New York Times bestselling author Robert Shiller offers a new way to think about the economy and economic change. Using a rich array of historical examples and data, Shiller argues that studying popular stories that affect individual and collective economic behavior―what he calls “narrative economics”―has the potential to vastly improve our ability to predict, prepare for, and lessen the damage of financial crises, recessions, depressions, and other major economic events.

Ideas can go viral and affect the market. But doesn’t that mean we should all just be that much more prepared for the inevitable?