Economic Woes: Student Loan Debt Crisis Is About To Get Worse 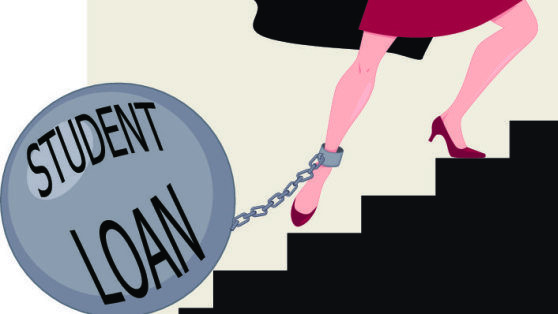 As politicians continue to point to a booming economy with a low unemployment rate, the real evidence that those surface numbers aren’t reflecting reality are becoming more apparent.  The student loan crisis in the United States is about to go from bad to worse too, heightening economic woes.

The global debt crisis has been front and center lately, with many economists sounding alarms about how dire that situation is.  In fact, debt is so out of control across the globe that most of it will actually never be paid back. And the United States is committing suicide with their runaway debt problem.  It’s gotten so out of control, that the student loan debt problem is about to get a lot worse too.

According to a report by Bloomberg, the next generation of college students will usher in more borrowers who will take out more money in the form of student loans that they will never be able to repay. As the cost of tuition and borrowing (thanks to rising interest rates) continue to rise, the result is a widening default crisis that even Fed Chairman Jerome Powell labeled as a cause for concern.

Student loans have seen almost 157 percent in cumulative growth over the last 11 years, making this particular crisis fairly easy to visualize. By comparison, auto loan debt has grown 52 percent while mortgage and credit card debt actually fell by about 1 percent, according to a Bloomberg Global Data analysis of federal loans. The most staggering number that’s hard to imagine is the whopping $1.4 trillion in federal student loans out there, marking the second largest household debt segment in the country, after mortgages. Even more horrifying, is that that number keeps growing.

“Students aren’t only facing increasing costs of college tuition; they’re facing increasing costs of borrowing to afford that degree,” said John Hupalo, founder and chief executive of Invite Education, an education financial planner. “That double whammy doesn’t bode well for students paying off loans.”  Yet instead of bucking the system and learning a trade, younger Americans tend to think that the piece of paper offered after completing 4 years of college is worth a six-figure debt – even though they know the job they will get afterward will not help them to pay it off.

Plus, with a financial crisis brewing underneath the “stable” economic numbers, analysts worry that the next generation of graduates could default on their loans at even higher rates.