Dystopian Fiction of Yesterday is the NWO of Tomorrow: “The Shift is Toward Totalitarianism” 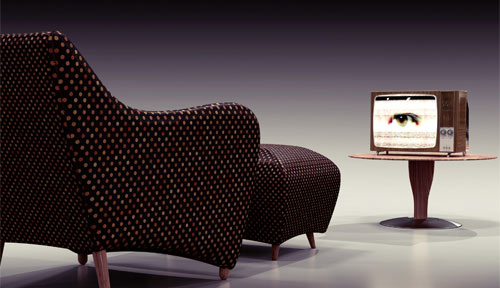 Many of the things that are happening this very moment have direct parallels in literature of the past.  Whether it is an account such as the “Gulag Archipelago” by Solzhenitsyn or a work of “fiction” such as “1984” by George Orwell is irrelevant.  Elements of the history or the storyline (regarding the former and the latter works) are now becoming thoroughly inculcated into the fabric of modern reality.

All of the measures taken by the Soviet Union to crush and control its population are beginning to manifest themselves today in the United States.  The courts are “stacked” to reflect the decision of the regime and not to rule by law.  The Military Industrial Complex contracts are still being shuffled, along with government policies that just happen to substantiate those business interests with kickbacks for all.  Laws serve political and corporate interests, and the lawmakers themselves do not represent any of their constituents: they are self-serving thieves, selling out their country and its populace for money and power.

The police departments have (for all intents and purposes) been “federalized,” with budgets and marching orders becoming increasingly dependent upon federal and not local or state policies.  Sheriffs who follow their appointed roles as duly-elected law enforcement officials upholding Constitutional guidelines are being “phased out” of existence.  The changed demographics of “forced” insertions of illegal aliens and “refugees” into populations are rapidly negating the remainder of the two-party system to ensure that the Democratic party takes control ad infinitum.

Orwell envisioned it.  His work is labeled a work of fiction, although all of the measures Oceania pursued are either currently in place in the United States or they’re being developed.  There is mass surveillance, increasing by the day.  The “internet of things,” as coined by former General David Petraeus, is almost primed to allow “telescreens” to watch our every movement, and a camera on every corner to back them up.  Orwell hated totalitarianism, having been exposed to it in his short but accomplished lifetime, and he knew man’s propensity was to move toward the enslavement of his fellow man.

The development of new weapons by DARPA and the MIC are not toward a foreign enemy so much as the purpose of using them against the citizenry.  Drones, robots, nanotechnology, and every other “gizmo” able to be employed are all being drawn from behind the black curtain to unleash upon the citizens.  Also, the world’s situation is directly paralleling “1984” as three great spheres of influence…Europe, Asia, and North America…are being created by the powers that be.  Global governance in “thirds” is probably the NWO end state, as outlined by Orwell for a very significant reason: control with as much ethnic and cultural homogeneity as possible.

It stands to reason that an Oriental (“Eastasia,” in “1984”) empire/totalitarian state would control the Oriental nations, rather than split it up between populations that are not as closely related linguistically and culturally.  We are seeing those shifts of influence into the divisions outlined by Orwell now, as the nations jockey for position and power.  Just as in “1984,” where it stated that even two of the super-states in alignment and concerted efforts could not together topple the third, perhaps the same is with our world.

The shift is toward totalitarianism, and the populations have been (and are being) conditioned to accept, if not embrace, collectivist thought and socialism.  A good example was a film called “the Mutant Chronicles,” in which there were four great super-states that were organized not as nations but as corporations, that made war with one another over resources.  We see the blending of government and corporation today in virtually every facet of life, with the illusion of elections and the illusion of choice upheld to keep the population around the dullard state of consciousness.

What will save us from this?  Will we be able to save ourselves from it?  The more and more one watches freedoms disappearing by the day, the more one must wonder if there is a way to stem the tide.  Orwell and Solzhenitsyn…visionary and historian…gave us blueprints to follow…checklists with which to use as frameworks of reference for what is befalling us daily.  Someday it may be that the brief period of freedom enjoyed by the American people may be categorized as a “work of fiction” in a future that may not even allow anyone to read it.