Does This ‘Elite’ Magazine Cover Predict A Major Global Event For November? 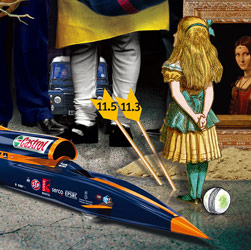 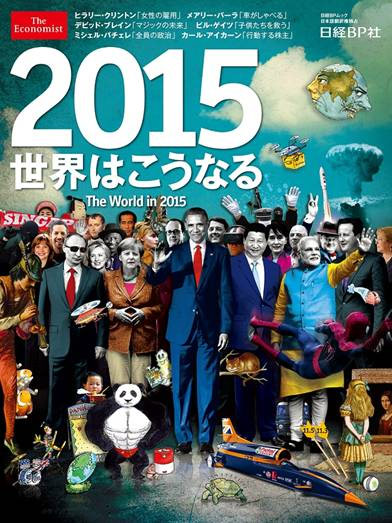 Last week highly acclaimed cyclical analyst Bo Polny warned of an imminent failure in stocks that could lead to a complete meltdown in world markets in November. As Michael Snyder recently noted, Polny has accurately predicted market movements over the last three months, suggesting that his current cycle theory may be worth considering:

In recent months he has correctly predicted that U.S. stocks would begin to drop in July, that there would be a huge plunge in August and that that the month of September would be rather uneventful.  Now he is saying that he expects “November to be a complete meltdown on the U.S. and world markets”.  Just because he has been right in the past does not guarantee that he will be correct this time around, but lots of people (like me) are starting to pay attention.

Though the Fall of 2015 was forecast to be rocky for the global economy and financial markets, we have yet to see the full-on collapse that many expected. This has, in many cases, left the impression that the U.S. economy remains on solid footing. But those who follow economic news and recent financial reports from some of the world’s leading companies know different.

We may not be seeing an overt collapse of the system as we know it, but behind the scenes it is clear that we are experiencing an implosion and loss of confidence. This is apparent by the massive flight of capital from some of the world’s leading investors into safe haven assets like gold and silver. Moreover, wealthy individuals around the world are expediting their efforts to prepare for the eventuality of collapse by stockpiling food and acquiring stylish emergency shelters.

It appears the elite have been warned of impending doom. Lindsey Williams, who was once a member of this inner circle of global movers and shakers has said that the elite often send signals to warn each other of future events. Williams, who accurately predicted the crash in oil based on information obtained through these contacts, recently said that it is quite possible we will see a world wide financial collapse some time between September and December of 2015.

What’s most interesting about this time frame is that earlier this year The Economist magazine published a cover with the title “The World in 2015.” Given that the magazine is owned by the ultra-elite Rothschild family people took notice. The cover shows world leaders with some awkward imagery, including the detonation of a nuclear bomb in the background. Closer examination also reveals an interesting reference to two specific dates, November 3rd and November 5th.

Lots of analysis has been done studying the symbols and the positioning of objects in this image to find hidden messages about future events. What caught my attention (thanks to Darin Hibbert) was the numbers shown in the lower right corner, 11.5 and 11.3, in that order. I am assuming these are dates appearing on the tails of two arrows stuck into the ground at an angle, which could represent a downward movement in global markets on those dates.

These dates are exactly the same as the ones announced by Treasury Secretary Jack Lew in an interview on CNBC’s Squawk Box on Monday October 19. During the interview, Secretary Lew warned about a terrible accident that could occur if the Congress fails to raise the debt ceiling by November 3.

Then he explained, “I just wrote a letter last week to Congress telling them that the date is November 3, but a few weeks ago we thought the date was November 5.” (Source: CNBC) 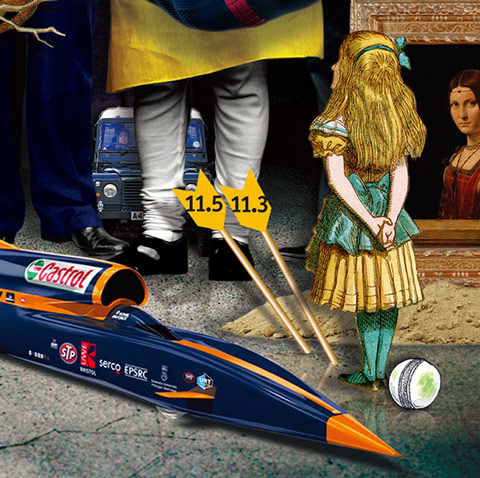 Another interesting thing about this cover image is Obama’s position smack in the center of all the world’s leaders. I don’t believe that was an accident, but it shows his key role in the planned new order these people want to impose on the world. I believe it is another confirmation of his identity, the son of perdition. He is the chosen one who has the full backing of the financial elite to carry out their evil plans.

As noted by Vigilant Citizen, there are a variety of other cryptic symbols and dire predictions on The Economist’s magazine cover:

…Most importantly, it also includes several drawings that are extremely symbolic and allude to important elements of the elite’s Agenda.

…One side of the globe gazes stoically towards the West while the other side appears irate. Does this represent a confrontation between the East and the West? The cover features a few other symbols referring to the “rise of the East”. What’s more unsettling is that, immediately under that angry globe, are pictured a mushroom cloud (the kind that happens after a nuclear bomb goes off) and a spy satellite launching into space.

…Take a closer look at the faces of the personalities featured on the cover. Some of them are in full color while others are in black and white… A quick compilation of this data reveals that those in black and white appear to be part of the elite (including the ISIS guy who probably works for them) and those in color are “outsiders”. Is this how the elite perceives the world?

…The presence of the Pied Piper on this 2015-themed cover is downright unsettling. The Pied Piper of Hamelin is a German legend about a man who used his magical flute to lure away the children of the city of Hamelin, never to be seen again… This folkloric figure dating from the Middle-Ages is said to represent either massive death by plague or catastrophe, or a movement of massive immigration. It also perfectly represents today’s youth being “lured” and mystified by the “music” of mass media. Conveniently enough, there’s a small boy right under the Piper’s flute.

…A panda bear wearing a China-flag Speedo while flexing its muscles is a rather clear way of portraying the fact that China is gaining power. Next to it is a sumo wrestler holding a big battery on which the polarities (+ and -) are clearly indicated. Are they alluding to a switch in polarity in world power from the West to the East?

Full Analysis: The Economist 2015 Cover is Filled With Cryptic Symbols and Dire Predictions

One could argue that we are looking too far into this. Perhaps The Economist cover is nothing more than an artist’s rendition of the world in 2015 with no conspiratorial angles whatsoever.

But considering that the magazine itself is owned by one of the wealthiest families in the world and one that is believed to be at the center of economic, monetary and political machinations, maybe giving it a second look is a worthy endeavor. As Lindsey Williams has said on numerous occasions, the elite often forecast their activities to insiders ahead of time.

Is that what’s happening now?

In the off chance that even a small portion of that magazine cover is accurate, then having emergency preparations in place may be a good idea. We know the elite are ready. We also know the US government has been getting ready for over a decade. Perhaps the rest of us should follow their lead.

A Complete Meltdown In November: Cyclical Analyst Says Stocks May Start To Crash This Week

Report: This Major Internet Company Has Stockpiled Three Months of Food and $10 Million In Gold For Their Employees: “We Don’t Trust Wall Street”