Discussions On The Mysterious Planet X: From Massive Underground Preparation To Strategic Relocation, Bob Fletcher, John Moore And Other Experts Discuss What The Mainstream Media Isn’t Telling Us 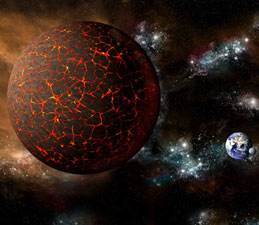 This article was originally published at All News Pipeline. 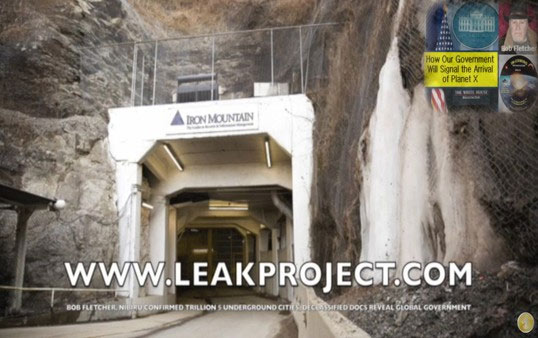 Any record or explanation of ancient astro-catastrophism lacking the inclusion of spiritual examination is premised upon the inaccurate.

It was reported back in January of 2016 that real evidence had been found of a ‘Giant 9th Planet’ in our solar system that was so far away, it likely took between 10,000 and 20,000 years to make one orbit around the sun.

According to the two Caltech astronomers who discovered this, Mike Brown and Konstantin Batygin, this 9th planet is approx 500 times bigger than Pluto and is being called “the strongest claim yet in the centuries-long search for a ‘Planet X’.”

Back in August of 2015, All News Pipeline reached out to ‘Planet X’ researcher Bob Fletcher of Bob Fletcher Investigations about what we perceived to be massive government preparation by governments all across the world in preparation for a still-unnamed event. We asked Bob if he believed last years ‘Jade Helm 15’ exercises were somehow tied to this and whether or not he expected we’d see more ‘Earth changes’ and possible devastation in the future.

We can hear Bob in the 2nd video below with YouTube videographer Leak Project with his latest updates on global government and their still-ongoing preparation for something huge with underground cities still being built and established to the tune of trillions of dollars. We’re also given more proof that all of the preparation that we have been witnessing across the world is quite likely for very good reason. Is ‘global government’ now preparing for Earthly cataclysm? In the comment sections on All News Pipeline stories and all over the internet in recent months, people have been discussing what to some appears to be a 2nd sun in our skies. While others are warning that the chemtrailing in our skies actually is to help ‘cloak’ the appearance of this ‘2nd sun’, it’s clear we’ll get no real answers from our mainstream media, which Reporters Without Borders ranked 49th in the world in the Press Freedom Index in 2015.

Whether or not the long warned of ‘Planet X’ really exists, people are getting prepared for its’ arrival as heard in the 1st video below featuring ‘Liberty Man’ John Moore who takes a call from a listener and a discussion develops surrounding strategic relocation and what is happening now and may soon be coming to our planet IF this mythical ‘planet X’ is real.

While ANP is undecided on the subject of ‘Planet X’, we certainly understand why some experts believe we may soon be watching an amazing astronomical spectacle in our skies that has allegedly previously ended civilizations and caused ancient cataclysms. We also believe that any discussion of ‘Planet X’ is not complete without stressing the aspects of its possible arrival that can be most used by anybody in almost any situation, even if this ‘mythical planet’ is not real. ‘Planet X’ does have a ‘practical application’: PREPARATION! Whether or not this mythical planet is making its return, we see here again an opportunity to prepare for various events such the possibilities of a coming ‘Biblical flood’, destructive and debilitating earthquakes, and the possibility of having to go through martial law to survive in America. As John’s listener tells us in this 1st video, all of this government preparation appears to be tied together with martial law in America, FEMA camps and all of the ‘underground preparation’ that we’ve also been reporting on ANP recently and as also elaborated upon by Bob Fletcher in the 2nd video below.

In the 3rd video below from YouTube videographer Leak Project, a retired United States Air Force cyber security expert and researcher brings a blockbuster amount of evidence to the table that ‘cataclysms on a mass scale’ might be in our planets’ future due to what is now going on in the heavens and shares with us nearly 2 dozen different photographs taken from cameras around the world that offer us the best evidence to date of the infamous ‘Planet X’ aka the ‘winged destroyer’.

Bob Fletcher joins the 2nd video shortly after the 1 minute mark and shares with us his background information before the topic turns to ‘Planet X’ and the many different aspects of preparation that he has witnessed including the moving of massive amounts of long term survival food underground as well as millions and millions of dollars of missing money.

At the 36 minute mark, the conversation turns to the Denver International Airport and all of the underground preparation that has been ongoing there for many years. Just days ago, Susan Duclos asked if the nwo was preparing a false flag attack that would require the capitol of the US to be moved to Denver and their underground bunker system that has long been believed to be the future capitol of the ‘new world order’ and ‘global government’.

Whether or not one believes in this mythical ‘Planet X’, Fletcher makes a very good argument that helps to tie together much of what we’re now witnessing across America and the world, from massive military exercises to trillions of missing money, from massive Earth changes now happening around the world to the global government preparation that we have been reporting about on ANP.

While we make no claims that what you hear in these videos will soon be coming to pass as at ANP, we’re definitely not experts in astronomy, the points made in each of these videos are quite compelling and lead us to believe that there’s still an awful lot going on around us, and in the heavens above us, that we’re not being told. As always, we open this topic up for discussion from ANP readers in the comment section below.

Visit All News Pipeline for more alternative news and interviews