Did Goldman Sachs’ Latest Move Into Main Street Banking Just Give Us A Warning About The Coming Financial Crisis? 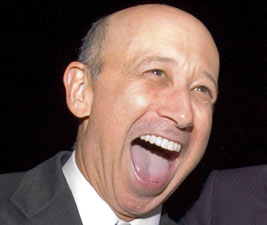 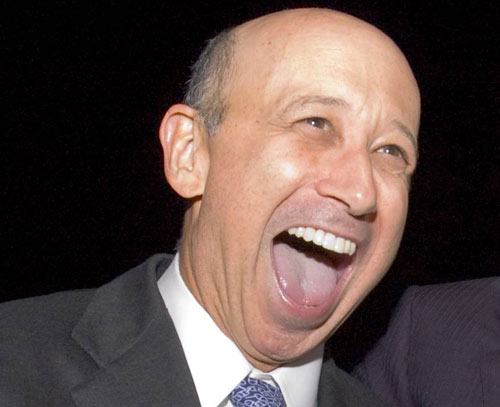 If there were ever a signal that large investment banks may be preparing for financial crisis and that they’ll be using your money to bail themselves out when it hits, this could be it.

According to a new report from the Financial Times via The Daily Star, mega-banking giant Goldman Sachs is now getting into the retail banking business and looking for more depositors to help fund their operations. The bank has reportedly “been under pressure to develop new streams of funding” after posting lower than usual equity returns in the first quarter of 2016. In response, Goldman recently acquired a portfolio of 145,000 retail depositors from GE Capital totaling some $16 billion in deposits.

Goldman now intends to aggressively pursue retail depositors whose accounts they will then tap to help fund their investing and trading operations:

The bank last week launched GSBank.com, a platform it inherited via the acquisition of a $16bn book of deposits from GE Capital.

Through that deal it gained about 145,000 retail depositors and is now seeking more, offering annual interest rates of 1.05 per cent on a savings account – many times better than the rates of the biggest US brick-and-mortar lenders such as Citibank, JPMorgan Chase or Bank of America. Stephen Scherr, Goldman’s chief strategy officer, said the aim was to broaden sources of funding for GS Bank, its New York State-chartered lender. Until now, the unit has focused on wholesale funding sources and so-called “brokered deposits”, which are bulk sums that banks acquire from brokers in exchange for high interest rates.

By tapping regular retail depositors, Mr Scherr said, the bank can open up “a different avenue to use, with a different orientation and a different tenor”.

For as little as $1 you can now start your own savings account with Goldman at a whopping annual interest rate of 1.05%.

What could possibly go wrong when you deposit your money with one of the firms directly responsible for the fraud that led to Crash of 2008? They are, after all, doing God’s work according to Goldman CEO Lloyd Blankfein.

While depositing your money at Goldman’s new bank could well be a spiritual experience, we highlight for our readers the fact that Goldman is doing this for one specific reason: to fund their trading operations with new deposits from retail customers. And if they’re doing business anything like they did ahead of the 2008 crash, we can assume that when the whole thing blows up again Goldman is going to be in serious trouble, and that means depositors will be in serious trouble. Back in 2008 Goldman Sachs was “forced” to take a $10 billion TARP bailout from the Federal government.

According to Federal Reserve Vice Chairman Stanley Fischer, the next time such a crisis strikes, there will be bailouts, but not like before. This time, those bailouts, dubbed “bail-ins” will not come from the government, but rather, from you, the bank account holder.

Recent comments delivered by Federal Reserve Vice Chairman Stanley Fischer suggest that not only are global and domestic economies still struggling, but the U.S. government itself is preparing financial contingency plans in anticipation of another widespread economic event.

However, this time around, according to Fischer, the government won’t be bailing out financial institutions in need of cash. Instead, failing banks will turn directly to their unsecured creditors when they need money. And within this context, that means you:

As part of this approach, the United States is preparing a proposal to require systemically important banks to issue bail-inable long-term debt that will enable insolvent banks to recapitalize themselves in resolution without calling on government funding–this cushion is known as a “gone concern” buffer.

Though Fischer doesn’t detail exactly what “bail-inable long term debt” actually is, one only needs to look to Europe, namely Cyprus, to understand what he means.

When the Cypriot banking system collapsed because of an inability to service its debt in 2013, the government forced bank depositors to cover the debts. This led to banks forcibly seizing funds from depositor accounts in order to pay their debts.

They’re coming to you to get it.

And when the whole thing detonates, they’ll simply seize your funds to compensate for their losses… and every other retail bank in America will do the same.

Just so we’re clear, we are all bank creditors by these definitions, thus the regulations being created apply not to just large bond holders, but every individual depositor.

Notice how they didn’t say “in case future bank rescues are necessary.” That’s because they know what’s coming.

…When the next banking crisis hits the United States you can be assured that creditors (i.e. individual depositors) will be forced to ‘bail them in.’

…So, if you’ve got any significant amount of money at financial institutions, you’d better think twice about how safe it is.