Democrats Fear Violence At Convention: “Don’t Want To Go Back To ’68 Riots” 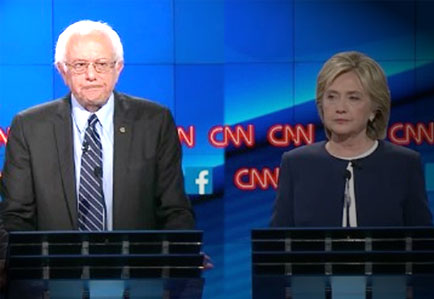 Any way you slice it, the Democratic National Convention coming up in Philadelphia in late July promise to be tumultuous.

Though Hillary Clinton and the party insiders long ago expected the 2016 primary to be a formality (which conspicuously few hopefuls in the race), the grassroots voters are feverishly demanding Bernie, and vehemently against the establishment candidate who is widely known for her duplicity and dishonesty.

As California Senator Diane Feinstein makes clear in this short and sweet video below, the establishment fears the riots and backlash that could come from a contested, or at least highly protested, convention as Sen. Sanders vows to continue the fight ‘until the last ballot is cast.’

Instead, she and other figures inside the Democratic party are trying to nudge Sanders into dropping in order to save face and avoid damaging the party’s share in the duopoly of political power.

But regardless of whether Sanders pushes through until convention or not, there will be lots of angry people who remain unsatisfied with another Clinton and more of the same. Tensions have been especially high since the controversial events in Nevada last week, as CNN notes:

That led Democratic National Committee Chairwoman Debbie Wasserman Schultz, Senate Minority Leader Harry Reid and other top party leaders to demand an apology and publicly ruminate on the possibility of violence at the Democratic National Convention in July as they prepare for a general election battle with Donald Trump.

Commentators and politicos have also speculated on potential violence unfolding at the Republican National Convention, though that was largely before most of the GOP began to come to terms with Trump as the nominee.

Clearly, the broiling political anger, which has been heating up for years, is one of the major scenarios that riot police and other members of law enforcement have been training for for years. As Paul Joseph Watson reported:

Police advised by FEMA officials how to conduct “mass arrests”

The Department of Homeland Security oversaw a first of its kind three day training exercise in Texas this week during which police officers from fifteen different departments took part in drills on how to deal with riots and conduct mass arrests.

Although the threat of riots is real enough (it happened back in 1968 largely because the Democrats forced unlikable establishment tool Hubert Humphrey as the nominee), it also gives a pretext for larger security budgets, more riot gear and other tools and a rationale for forceful treatment of peaceful protesters exercising their rights.

The American people are angry. There are many reasons, and the shamefully rigged elections have been one of the major outlets for their outrage.