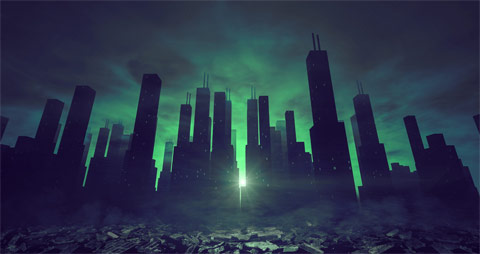 Editor’s Comment: The frequency and shock of killings, and the open hostility between police and the black community is reaching a dangerous point. There is too much chaos for anyone to follow it all in the news, and high profile campaign events are inviting further chaos. How will police and security respond to protesters in Cleveland this week, and how will police regard potentially suspicious black individuals, or anyone else who may pose a threat?

There is no way to tell, and every sense that things could come unraveled at a moments notice. What is coming next?

Baton Rouge, Nice, Dallas, Orlando – A Dark And Distressing Time Has Descended Upon The Civilized World

Does it not seem as though events are starting to accelerate significantly?  Since I warned that something “had shifted” and that things had “suddenly become more serious“, we have seen the worst mass shooting in U.S. history in Orlando, we have seen the massacre of five police officers in Dallas, we have seen the horrifying terror rampage in Nice, and now we have seen the brutal murder of three police officers in Baton Rouge.  On Sunday morning, the peace and quiet in Baton Rouge were shattered when “dozens of shots” erupted less than one mile from police headquarters.  By the end of it, 29-year-old Gavin Eugene Long had killed three officers and seriously wounded three others.  It was a crime fueled by pure hatred, and Long specifically waited for his 29th birthday to launch the attack…

The shooter who killed three law enforcement officers and wounded three others in Baton Rouge, Louisiana, on Sunday was a Missouri man who launched a deadly rampage on his 29th birthday, police sources said.

Gavin Long, who was born on July 17, 1987, was the man who gunned down officers before he was killed in a gunbattle with other officers responding to the shootings.

So what motivated Long to commit this horrible crime?

Here is what the Daily Caller found…

A Youtube account operated by Gavin Eugene Long and discovered by The Daily Caller reveals key insight into what might have motivated the 29-year-old black man who killed three Baton Rouge police officers Sunday morning.

Videos on Long’s account show that he was a former Nation of Islam member. He also ranted against “crackers” and made references to Alton Sterling, the black man killed by police in Baton Rouge on July 5.

Did Long actually believe that gunning down innocent police officers would honor the memory of Alton Sterling?

Sadly, it appears that there are a lot of other people out there that feel the exact same way that Long did.  In fact, there were a number of people that were openly celebrating the shooting of police officers in Baton Rouge on Twitter and calling for more cops to be killed.

This country is starting to come apart at the seams, and from now on it is going to be very, very dangerous to be a police officer in America.  Perhaps you may not have heard of this yet, but there was actually another plot to kill police officers in Baton Rouge that was foiled ahead of time…

Police in Baton Rouge were on high alert earlier this week after a gang – including boys aged just 12 and 13 – were arrested as they tried to steal handguns as part of a ‘substantial, credible threat’ to harm police officers in Baton Rouge.

Authorities discovered the alleged plot while responding to a burglary at a pawn shop early on June 9.

They arrested one suspect – Antonio Thomas, 17 – at the scene with a handgun and a BB gun.

During questioning, Thomas said that he and three other suspects stole the firearms and ‘were going to get bullets to shoot police,’ authorities said.

A Milwaukee police officer was shot in a “vicious” attack early Sunday as he sat in his squad car while colleagues investigated a domestic disturbance call, an official said.

The suspected shooter, identified by police as a 20-year-old West Allis man with two felonies on his record, was found dead in a nearby yard, they said.

The incident began as a response to a domestic disturbance call near South 17th Street and West Morgan Avenue at about 2 a.m. During that investigation, someone fired shots into the squad car, striking an officer “multiple” times,” Asst. Police Chief William Jessup said in a morning press conference.

Can you imagine the stress that many police officers and their families are feeling these days?

Could you imagine leaving home each day realizing that there is a huge target painted on your chest and that you might not make it home that night to see your family?

I think that a recent piece by Scott G. Erickson put it very succinctly…

What feelings must resonate within the patrolman who is responding to a call of domestic violence or simple larceny? Am I the next target? Is this really a routine call for service or is it an ambush?

No longer can the patrolman simply worry about the reported crime itself but rather he or she must approach these events as though they are potentially walking into the next Dallas or Baton Rouge.

And that is no way to function as a police officer. The stress, strain, and uncertainty would be unbearable.

And it isn’t just police officers that need to be concerned about the rising violence.

The Republican National Convention is next week, and it could be a big, fat, juicy target for Islamic terrorists, police haters, or anyone else that is out to make some sort of huge statement.  There are going to be thousands of people protecting the convention, but there are still concerns that something unexpected may happen…

The sunny celebration butts uncomfortably against a massive security operation that shows the other side of Cleveland’s big moment. City and U.S. officials are preparing for the worst, aware that tensions over race relations and police use of force, as well as reaction to Trump’s polarizing campaign, could result in violence on the streets.

Clevelanders are also aware of the backdrop for their convention: the mass shooting in Orlando that killed 50 people in June, the sniper attack that killed five Dallas police this month, and the truck assault that killed 84 this week in Nice.

A dark and distressing time has descended upon the civilized world, and virtually everywhere you look anger and frustration are rising to very dangerous levels.

We were warned that this might be a “summer of chaos”, and so far that has definitely been the case.  Let us hope that things start to cool off before events start to spiral completely out of control.