A record turnout of voting is happening around the United States. The ease of mail-in votes is allowing many more people to express their opinions, where they might otherwise just stay home, be indifferent about it, and avoid the crowds.

Let’s go over the current state of affairs:

According to the polls, which are NOT to be trusted, Biden has a big lead. They vary from one to another, but most have Joe Biden comfortably in the driver’s seat.

If Biden wins the blue-swinging states, according to the polls, then he would have 279 Electoral College votes, whereas Donald Trump would have 263.

In other words, if Trump wins in either AZ, CO, WI, MI, or NC and is able to secure FL, TX, PA, and MN, he will remain in office.

What do you think will occur?

Monday will be another volatile day, because, as you can see, with everything that’s happening with Joe’s son, things aren’t looking like smooth sailing for the Democrats. 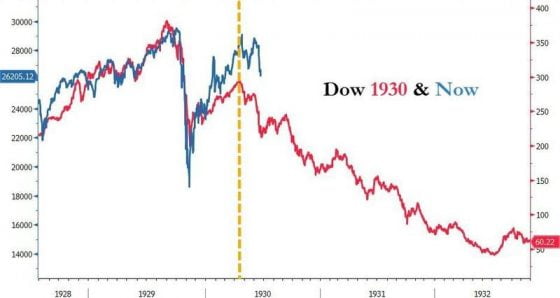 The eerie similarity between today’s market action and the one markets experienced in the Great Depression is quite dramatic, but the Federal Reserve and the world’s governments are reacting quickly and with a massive force of stimulus measures, all based on DEBT – lots and lots of it.

It seems like the tradeoff between debt and stimulus is always towards DEBT.

The answer is most likely not, since the crisis that we’ve seen this year did not originate from a financial or economic source.

It’s certainly possible that we’ll have volatility and pretty erratic markets for a while, since there’s an elevated level of uncertainty, specifically when it comes to the pandemic.

When one looks at this third wave of infections sweeping through Europe and the U.S., coupled with the elections, the conclusion is that Covid-19 will probably stay with us for a few years longer than most believe, perhaps permanently.

I’ll leave you with this: since 1928, if the S&P 500 was down for the 3-month period before elections, the reigning party (Republicans, in this case) was defeated. Since August, the index has returned -0.6%, so if you wanted yet another CLOSE CALL, this is as tight as it gets. 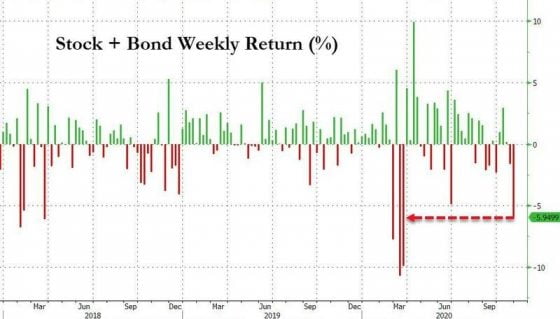