China Tips its Hand: How it Would Prevent a US Attack on North Korea 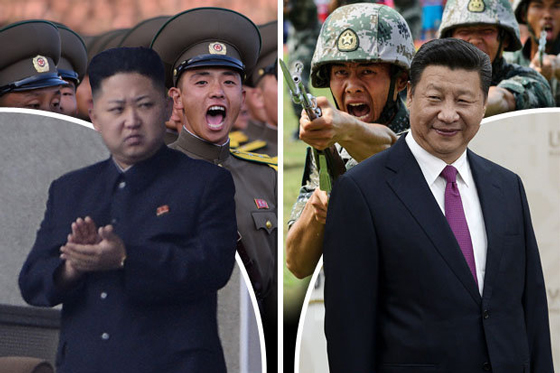 The unanswered question of the past several weeks is “What would China do to prevent a US attack on North Korea?”  Well, the Chinese began to answer that question with military exercises and deployment of air defense forces designed to expand the roles of anti-missile units in size and scope of territory defended.  RT News released an article on September 6 entitled China carries out live-fire exercise fending off ‘surprise’ overseas attack, and here is an excerpt:

“Earlier this week, China’s envoy to the UN has once again urged all parties to the rising tensions on the Korean Peninsula to return to dialogue. Saying that the situation in the region is falling into a vicious circle, he said that “China will never allow chaos and war on the peninsula,” Xinhua reported.  Alongside Moscow, Beijing has been calling for implementation of a “double freezing” initiative, designed to cease both missile launches and nuclear tests by Pyongyang, and large-scale military exercises by Washington and Seoul.  The US has rejected the joint Russia-China plan, and has been discussing further deployment of military equipment including aircraft carriers and strategic bombers to the area. Beijing has repeatedly expressed growing concerns over the build-up close to its borders, saying it further destabilizes the situation in East Asia.”

As can be seen from that last sentence, the US rejects these measures, because it compromises the effectiveness of a US attack and/or invasion.  In the bigger picture, it also solidifies defensive anti-missile countermeasures for Russia and China, slowing the attempted encroachment with the goal being capitulation to US and Western hegemony.

The attempt to begin sanctions against China further exacerbates the situation, and instead of a “reset,” relations between Russia and the US are at an all-time low since the Cold War ended.  Russia and China would both back North Korea for the simple reason of preventing the US from gaining further foothold in their respective spheres of influence.

Although the President has revealed over this past weekend that “nuclear consequences” could be part of the response or initiative taken against North Korea, the nuclear option is not a viable one.  Radiation from any nuclear strike against North Korean facilities or bases would affect both China and Russia, and possibly South Korea.  Conversely, North Korea would not strike South Korea with a nuclear weapon, as they wish to take South Korea intact and unify the peninsula under North Korean rule.

The North Koreans do have the ability to level Seoul and kill several hundred thousand people with conventional artillery and rockets.  Using nuclear weapons would also complicate a ground invasion by the North, a central tenet of their military doctrine.  That leaves Japan and Guam as targets of opportunity for the North Koreans.  Another factor that hampers the effectiveness of a potential US initiative is the “lag time” imposed by South Korea’s President.  This man has stated that the US must “ask permission” from South Korea before undertaking any kind of military offensive against North Korea.

In the meantime, the Chinese Navy is moving ships into the area, as live exercises in Bohai Bay are taking place with emphasis on surface-to-air missile systems.  In all likelihood, they won’t leave the area, as the US is considering moving more assets into the region.  As mentioned in other articles, if a conflict arises, North Korea will not be the only nation the US has to fight.  The President declared both before and at the beginning of his tenure that we needed to stop projecting force all over the globe, yet that seems to be the definitive continued policy.  North Korea knows what happened to Libya and Iraq, and for this reason they will not relinquish any development of their nuclear capabilities.  They also know that China will be on their side.