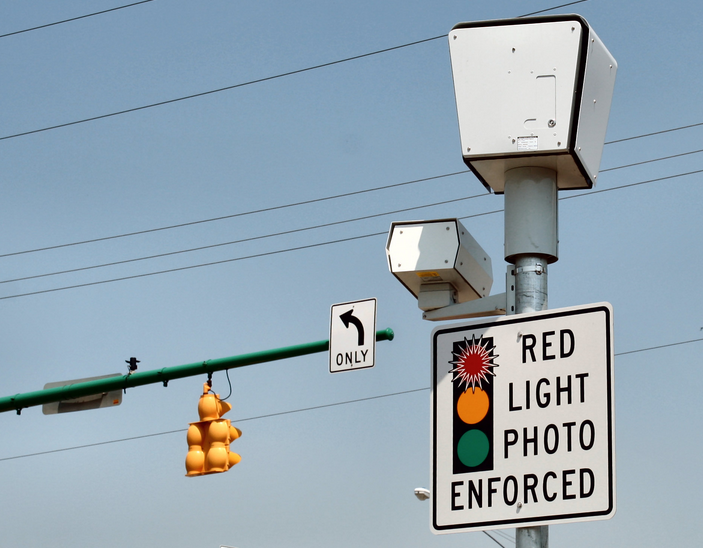 Is he a hero of the people, or an enemy of the state?

A New York man who has become known as the “Red Light Robin Hood” is attempting to run for state senate, despite the fact that he is facing charges that could put him in jail for years… and he may actually have a chance at winning.

Stephen Ruth recently spoke with Luke Rudkowski of WeAreChange.org and explained how he turned himself in to police after defacing dozens of red light cameras in order to raise awareness about the shady and dangerous practice – which make intersections far less safe and which impede upon the constitutional right to due process.

Ruth decided that the situation warranted civil disobedience, and has received widespread support from community members who feel exploited by the cameras, and the ridiculous fines that are accrued by the state.

“See what I just did? All it took was a pair of balls and a painter’s extension rod,” Ruth said in a 2015 video explaining how to disable traffic cameras.

Ruth says he has collected evidence showing that municipalities in Suffolk County, where he lives on Long Island, have shortened the timing of yellow lights, making it harder for drivers to safely pass through yellow lights or, alternately, to come to a safe stop.

Stephen Ruth, also known as the “Red Light Robin Hood” recently announced that he is officially on the ballot to run for the Senate of the New York 2nd District.

“It’s time to get the word to there and put the Red Light Robin Hood in office to fight for the people, just like I’ve been fighting this unconstitutional program,” a previous post on his Facebook page reads. “By putting me in office, it will be the first step in taking the power back.”

Last August, Ruth was arrested after he tampered with red light cameras in Ronkonkoma, pointing them upward so that they could not capture violators, which he took a video of and posted on YouTube.

“I cut the cable wires, making it useless,” Ruth said, according to the report. “I’ve made it dysfunctional, just like the whole red light camera program.”

Moreover, he revealed that the cameras – used to enhance revenue collection and enrich local governments and private contractors alike – overwhelmingly tend to ticket people making legal right-on-red turns, as the cameras tend to go off unless a driver pauses for the right moment of time even after making a complete stop.

His candidacy is based around raising awareness about this issue, and if elected to reign in the practice, which has not only picked at the pockets of local residents, but fueled a rise in traffic accidents during shortened yellow lights.

This Amazing Robot Lawyer Was Built to Dismiss Your Parking Tickets: “Do Not Pay”

Law Enforcement Turn to NSA Surveillance Data to Track Crime: “It Was Only A Matter of Time”