Canary In The Coal Mine: Unfunded Liabilities Have Turned Illinois Into A “Banana Republic” On The Brink Of Bankruptcy 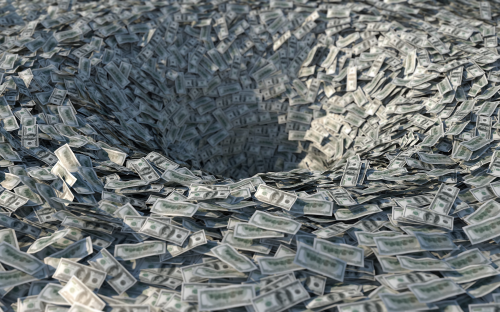 Illinois is the perfect example of what happens when your state is run by fiscally irresponsible dunces for decades. The state is buried debt, and hasn’t passed a budget in over 700 days. 100% of their monthly revenue is being consumed by court ordered payments, and the Illinois Department of Transportation has revealed that they may not be able to pay contractors (who are working on over 700 infrastructure projects) after July 1st if the state doesn’t pass a budget. To top it all off, the state’s credit rating is one step away from junk status, the lowest of any state. Because of these factors, Illinois may become the first state to declare bankruptcy since the Great Depression.

Governor Bruce Rauner has gone so far as to call his state a “banana republic.”

The state’s comptroller has admitted that “We are in massive crisis mode.”

And a reporter for the Chicago Tribune thinks Illinois has gone so far past the point of no return, that the state should be broken up. He recently wrote what basically sounds like a suicide note for Illinois.

Dissolve Illinois. Decommission the state, tear up the charter, whatever the legal mumbo-jumbo, just end the whole dang thing.

We just disappear. With no pain. That’s right. You heard me.

The best thing to do is to break Illinois into pieces right now. Just wipe us off the map. Cut us out of America’s heartland and let neighboring states carve us up and take the best chunks for themselves.

The group that will scream the loudest is the state’s political class, who did this to us, and the big bond creditors, who are whispering talk of bankruptcy and asset forfeiture to save their own skins.

But our beloved Illinois has proved that it just doesn’t deserve to survive.

So how did it get to this point?

The root of the problem is Illinois’ unfunded pension liabilities, which amount to $130 billion. The state’s leaders simply promised what could not be delivered. Most of their employees can retire in their 50’s, and many of them will receive 1-2 million dollars over the course of their retirements. As the debts associated with those pensions reached astronomical levels, the government increased taxes so much that many of the wealthiest and most productive citizens and businesses have moved away, leaving an even smaller tax base to draw from.

In short, Illinois is in a death spiral, but it’s not alone. Illinois is merely the canary in the coal mine.

We’re only hearing about Illinois right now because the percentage of their pensions that have been funded is the lowest in the nation. However, there are plenty of states that aren’t too far behind Illinois. There are plenty of states with a higher debt to GDP ratio, and more debt per person. And it’s not just public pensions. The pension funds for every company in the the S&P 500 are underfunded by $375 billion. Before the last financial crisis, they were fully funded. And globally, the problem is far worse. 20 countries in the OECD, whose members include every western and developed nation, have a combined $78 trillion in unfunded liabilities, from both private and public pensions.

During the economic crash of 2008, we all saw how contagious an economic calamity could be. A crash in one market can put many others over the edge, and cause them to crash as well. What started with a subprime mortgage crisis in the United States, quickly turned into a global economic crash that we still haven’t truly recovered from.

So when Illinois does crash and burn as a result of their pension funds (and it is a matter of when, not if), then it’s time to buckle up. It could be just the beginning of a global financial unraveling that will affect us all.

Don’t Move to These States; They’re in Serious Financial Trouble

Brandon Smith Warns: “We Are Already In The Midst Of An Economic Collapse… The Data Points Show An Economy In Severe Deterioration… Not Recover”

Jim Rogers Sounds The Alarm On The Coming Economic Crash: “It’s Going To Be The Worst In Your Lifetime”