California Is Now An “Agricultural Wasteland” 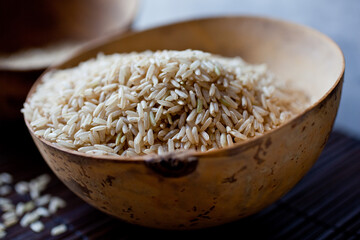 California’s Central Valley, and specifically the portion dubbed the rice capital of California has become an “agricultural wasteland.” The latest satellite imagery of the area shows a “mini dust bowl,” according to experts.

A report via the US Department of Agriculture shows about 300,000 out of the 550,000 acres committed to rice growing in California will go without harvest. This could potentially drive up sushi prices nationwide because most of the rice produced in the state is for just that, according to a report by ZeroHedge.

Kurt Richter, a third-generation rice farmer from Colusa, the heart of California’s rice capital, told the San Francisco Chronicle that many formerly abundant fields are now a massive “wasteland” of dry ground and nothing, in part due to drought.

This is all by design. California’s coincidental mismanagement and tyrannical overreach have destroyed agriculture in the state, which will make the food supply even tighter.

The United States Department of Agriculture (USDA) estimates that of the 550,000 acres that encompass California’s rice capital, an astounding 300,000 (more than half) will go without a harvest this year. “This could potentially drive up sushi prices nationwide because most of the rice produced in the state is for just that,” one report explains.

But not just sushi. Anything with rice will be rising in price.

The Stage Is Being Set For A Massive Global Rice Shortage

Aaron Smith, an agricultural economist at UC Davis, warns that farmer losses in the region could top $500 million, about 40 percent of which will be covered by federal crop insurance.

One bit of good news in all this is that nearby Butte County, another California growing region, planted more rice this year than last year, which could help make up for some of the deficit.

Growing rice, it turns out, is a particularly water-intensive operation. Those farms located closer to water have naturally fared better than those in areas where water is scarce or where state government officials have decided not to saturate. -Natural News

Butte County is still the exception and that county will not be able to single-handedly make up for the massive crop and rice losses already suffered.