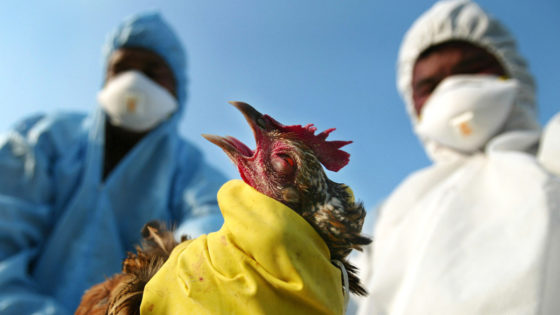 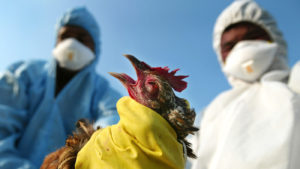 The United States has recorded its first case of human H5 bird flu. According to mainstream media reports, the person infected is an inmate from the state of Colorado.

The unnamed prisoner was working on a commercial farm in Montrose country, Colorado, and was involved in culling poultry suspected to be infected when he was directly exposed to the H5N1 flu, the state’s health department said in a release. The culling continues as human risk remains low, and it looks like the infected was actually obeying the ruling class and culling birds when he was “infected.” Oh, the irony.

The man, who was described as younger than 40, has reported only one symptom: fatigue, according to a report by NBC News.  He was taking the antiviral drug Tamiflu, the department of health said. A positive test administered this week by the state health department, which said it has been monitoring people exposed to poultry and wild birds, was confirmed Wednesday by the Centers for Disease Control and Prevention, the agency said.

As the bird flu spreads and people begin killing off millions of birds out of fear, even though the “risk to humans is low,” we have a “perfect storm” that could do a lot of damage to society.

As H5N1 Bird Flu Spreads To More States, Many Are Wondering What Will Happen If People Start Getting Infected…

The culling of birds raised the cost of food even higher and makes it harder for people to afford to eat. Additionally, it serves to panic the masses all while leaving open the door for another pandemic that will likely do much more damage this time than the propagated common cold of the last two years.

Watch this closely. Be aware and prepared.

The CDC has also already warned that the next pandemic will be one of the bird flu combined with the Spanish flu to create a mortality rate that isn’t statically negligent.

With immune systems destroyed by the COVID-19 vaccines, a weaponized flu virus could cause real damage and death if they attempt to pull this off. Plan for the worst, hope for the best, but stay alert and understand the end game. Continue to stock food. They are obviously coming for food security. –SHTFPlan

Be prepared for this to be the one that will actually cull the human herd as well. It may not be, but it could be. Always be ready. Have extra food on hand in case you don’t want to be caught in public if this starts circulating widely.