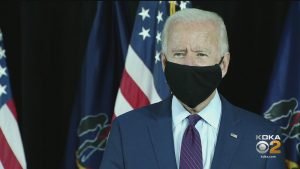 Update(7:41am ET): Biden’s Taiwan statements are now being presented as yet another high stakes moment wherein the aging president “misspeaks” – according to Bloomberg.

White House officials walk back on President Biden's remark that the US military would intervene to defend Taiwan in any attack from China — comments that appeared to break from the longstanding US policy of "strategic ambiguity" https://t.co/vUIT6OlctD

While on a visit to Japan to meet with Prime Minister Fumio Kishida, President Joe Biden said that American troops would defend Taiwan if it came under attack from China.

“You didn’t want to get involved in the Ukraine conflict militarily for obvious reasons. Are you willing to get involved militarily to defend Taiwan if it comes to that?” a reporter asked Biden during a news conference. “Yes,” Biden replied.

NEW – Biden says the US would defend #Taiwan militarily against an invasion by China. pic.twitter.com/xxXEj1o2PJ

The somewhat incredulous reporter, upon hearing the blunt and perhaps unexpected answer in the affirmative pressed further, “You are?”

“That’s the commitment we made,” the president said.

However, it remains entirely unknown and unclear what “commitment” the president is talking about, given there’s currently no mutual defense treaty between the US and Taiwan (President Carter had terminated the historic Mutual Defense Treaty/MDT). Is President Biden confused? Is he latching on to pre-1979 memories in US foreign policy?

Naturally, the White House quickly scrambled to try and walk back the president’s clear affirmation that he would send a US military force against nuclear-armed superpower China in the event of an invasion. A statement said that the US policy “has not changed.”

“As the president said, our policy has not changed,” a White House spokesperson said, clearly attempting to downplay and obfuscate Biden’s own words. “He reiterated our One China Policy and our commitment to peace and stability across the Taiwan Strait. He also reiterated our commitment under the Taiwan Relations Act to provide Taiwan with the military means to defend itself.”

A number of observers have noted that Biden just casually committed the US to deepened involvement against China, and another future catastrophic war…

Biden has nominally claimed to be wary of starting WWIII. Recently he's threatened Russia with regime change, and now threatens direct war with China. For a guy who is supposedly wary of WWIII, he's certainly been "loose-lipped" with unprecedented provocations of major powers

China’s foreign ministry, on the other hand, issued a swift condemnation, expressing “strong dissatisfaction and firm opposition” to his words. It stressed China will not compromise on this issue of its sovereignty, given the democratic island is claimed by Beijing.

PLA’s firepower in the Taiwan Straits has long surpassed that of US military. Biden says US military would defend Taiwan – does Biden wish to bring those soldiers back in coffins or let them sink into the Taiwan Straits to feed the fish? So, let’s cherish peace together. https://t.co/TOmJgJqEWW

“No one should underestimate the strong determination, firm will, and strong ability of the Chinese people to defend national sovereignty and territorial integrity, and do not stand against the 1.4 billion Chinese people,” China’s foreign ministry added, which at the same time sounded like a bit of a threat.

Axios speculates that Biden’s words were meant as an intentionally tough deterrent warning to China as the Russian invasion of Ukraine continues to grind on. International relations professor James Brown told the publication that Washington is “seeking to toughen their policy but without necessarily provoking China.”