Barter For Survival: Top Ten Barter Items Every Prepper Should Have 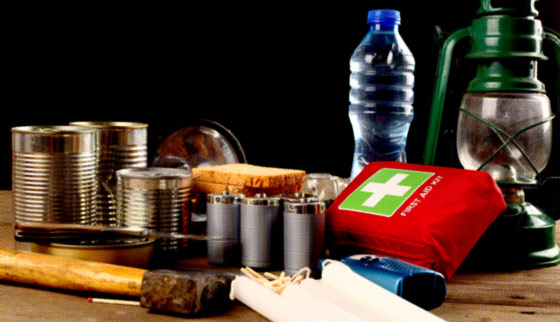 This guide was originally published by M.D. Creekmore at The Survivalist Blog

M.D. is the author of The Prepper’s Guide to Surviving the End of the World as We Know It: Gear, Skills, and Related Know-How

Barter items for survival – What would you have to trade in a survival situation?

Any conversation about prepping first starts with the “the best survival gun” followed by “bugging out vs hunkering down” and then on to “the best retreat location” and then to “what to have on hand for barter… well today, I’m going to answer that question.

The first thing to consider is what items do people need and use every day, followed by will they need these items after a long-term disaster and if so will those items be readily available when the resupply lines are cut. If not, then would those items be easy to make from other common items?

These are the questions I asked when putting away my own barter items – those are included in the list below in no order.

While I don’t advocate bartering most ammo after a collapse simply because that ammo could be used against you. Stop and think about it, if a person needs to barter for ammo in the first weeks and months after a collapse then it’s evident that that person has not prepped and will need other stuff, stuff they figure that you now have and there is no guarantee that they won’t use the ammo that you traded them at a later date to kill you and take your preps for their own use.

Fresh, clean drinking water will always be in demand and while storing water for barter might not be feasible for most people it’s easy and takes up little room to store water filters such as the life straw. The life straw is an excellent barter item, that is easy to store, has a long shelf-life and is small and lightweight meaning that 25 or more of these types of water filters can be stored in a small space life a military ammo can.

Seed to grow food is one of the if the best barter items that you can have on hand post collapse. I store both non-hybrid seed as well as hybrid vegetable seed for barter. Seed is light-weight and inexpensive but will be worth more than gold to a survivor who is trying to barter for those seed after the balloon goes up. But, before, you go out and buy a bunch of seed for barter (or for your own use) do some research on what grows well in your local area. Another thing that I’ve done is print off copies of the PDF guide “Planting a Home Vegetable Garden” to handout when bartering with vegetable seed because most people have no idea how to plant a garden and this pamphlet will give them more confidence in their own ability to take the seed and grow food. This will help them to be successful as well as increase the perceived value of the seeds when you’re negotiating your barter deal.

Wow! Wipe that look off your face, I know what you’re thinking… solar panels… those are expensive and I can’t afford those for myself let alone stockpile enough for barter. Well, in some cases you would be correct, however, I’m not talking about expensive 200-watt panels, no not for barter,  what I’m talking about here is smaller solar chargers such as the C.Crane 11-in-1 Solar Battery Charger priced at $24.99 each or the SunJack Portable Solar Charger with a SunJack USB Battery Charger for Rechargeable AA/AAA Ni-Mh and Ni-Cd Batteries for under $60 dollars. You can also set up a charging center where people can bring you their batteries to charge and you use your solar set up to charge their batteries in exchange for goods.

You could stock up on individual first-aid items such as bandages and gauze and while that’s a good idea, I’ve also stocked up on premade first-aid kits for barter. These kits can be bought for under $20 each now but post-collapse would be worth much, much more. Don’t forget about antibiotics – you can get antibiotics here and find out more about their use here. If you have medical skills (or someone in your group does) then those medical skills will be in high demand and can be bartered for just about anything that you need.

As mentioned above in item number five medical skills are and will continue to be in high demand after any major disaster especially a long-term disaster, however other skills will be in demand too. Skills such as carpentry, auto and shop mechanics, sewing, firearms repair etc will be in high demand and those skills can be bartered for goods that you need.  Don’t forget to put back the tools you’ll need to get the job done in the best, quickest and safest way possible.

Toilet paper, baby diapers, and tampons are always in demand will continue to be in the aftermath of both short-term and long-term disaster. Sure some folks might substitute toilet paper with something else like a cloth or even leaves if forced but toilet paper would be a luxury and preferred by nearly everyone and survivors would pay handsomely for that luxury post collapse. Same with tampons and pads. Baby diapers would also be needed and in demand – if you have a baby, plan to or someone in your prepper group has one then I suggest that you look into cloth diapers

Oh, my… need I say more. Most people have their vices and most of those vices involve one or all of the three. Bags of tobacco that have been vacuum sealed with give the longest shelf life. If you can brew your own booze then you and your product would be in high demand, but by so doing you would probably increase your chances of being robbed for your product so security and caution would be a top priority. Currently, there are laws regarding the brewing of booze, find out the laws in your state if this is something that you’re interested in learning and follow those now, but after a major collapse, they probably won’t be a whole lot of enforcement of those laws that are currently on the books.

Yes, I said it… condoms, we all hate to have to use them but the consequences of not using them could be disastrous now but even more so post collapse (I have a whole section in my book dedicated to birth control). The best ones that I’ve used are the Crown Condoms and at only $15 per 100, they are a great investment for barter and for your own personal use post collapse. People will continue to have sex after a disaster and protection from pregnancy and STD’s will be needed and if you’re the person in your community with the condom stockpile for barter, you’ll be in the catbird seat.

Lighters and matches for barter should be self-explanatory, but keep in mind that these like condoms and some of the other items mentioned above would most valuable for barter after a major long-term EOTWAWKI type of event.  Because we don’t know exactly what is going to happen or when it’s best to stockpile smaller amounts of many different barter items than a massive amount of only one or two items.  Before anyone sends an email telling me that matches have a short self-life, it should be noted that I have matches from over 15 years ago in a glass jar that still strike and burn just as well as the day I put them into storage. The key is to keep them dry and add a desiccant.

What barter Items for survival do have you stockpiled? Please share your thoughts and comments below.

M.D. Creekmore is the founder of TheSurvivalistBlog.net and the author of several books, including The Prepper’s Guide to Surviving the End of the World as We Know It: Gear, Skills, and Related Know-How.