BAML: Stocks Are “On Borrowed Time” 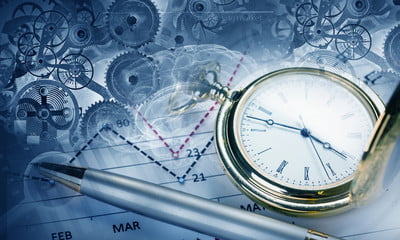 So far, the only key indicator of a strong economy, the stock market, has remained seemingly immune to what’s going on in Main Street America’s economy.  But according to Bank of American Merrill Lynch (BAML), the stock market is “on borrowed time.”

The flattening of the main measure of the U.S. Treasury yield curve already spelled trouble for stock-market investors that have been on the back foot from escalating geopolitical concerns and simmering trade tensions, analysts at Bank of America Merrill Lynch said in a Tuesday note ahead of the inversion.

The inversion of the main measure of the yield curve, or a negative spread between short-term and long-term yields, means a recession indicator is flashing red, according to a report by Market Watch. As more of these indicators go off the warning bells of a recession get louder.  But the stock market has appeared strong in spite of evidence that corporate buybacks are about the only thing propping it up right now.

Once the 10-year Treasury note’s yield curve inverts, the stock market’s downturn is inevitable, say economic analysts.  The yield on the 10-year Treasury note was down 5.7 basis points at 1.619%, according to FactSet, while the 2-year yield was off 4.1 basis points at 1.628%. “The equity market is on borrowed time after the yield curve inverts,” the BAML strategists wrote.

An inverted yield curve often serves as a prelude to a recession because it indicates when monetary policy and financial conditions are too tight for the broader economy. A yield curve inversion along the 2-year/10-year spread has come before the last seven recessions. –Market Watch

The times between the inverted yield curve’s appearance and the economic recession vary, meaning you could have some time (6 months to a year or so) to prepare yourself for the inevitable.  This everything bubble won’t last forever, and when it finally bursts, if you have not prepared your personal finances, you could be in a world of financial distress.

“After an initial post-inversion dip, the S&P 500 index can rally meaningfully prior to a bigger U.S. recession-related drawdown,” BAML strategists said. But it sure seems like this is all hinging on hopes of yet another Federal Reserve interest rate cut.