Bahrain Prince Donates $32M To Clinton Foundation, “Gets Access to Secretary of State” 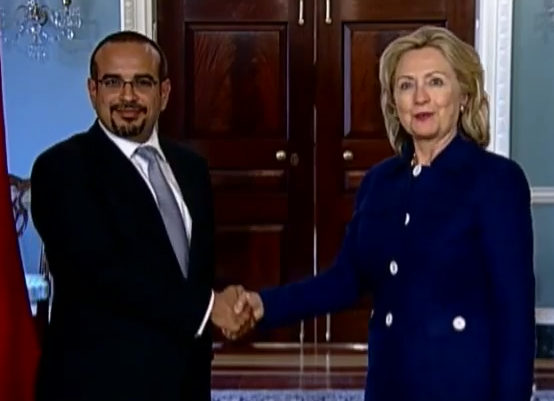 $32 million down, and … Next thing you know, the meeting was allowed. Wonder what he asked for?

More importantly, we should all be asking: is this really how we want foreign affairs to be handled – for private gain?

According to the Daily Caller:

Newly released Department of State documents reveal that the Crown Prince of Bahrain was given an audience with then-Secretary of State Hillary Clinton after he donated $32 million to her foundation.

The documents, released Monday by Judicial Watch, included emails between Clinton Foundation executive Doug Band and former Clinton State Department aide Huma Abedin, which appear to show that Abedin acted as a middleman between Clinton and her foundation’s donors.

The priorities couldn’t be more obvious. How many decades of war, terror and debt will trail behind the destructive actions of a Hillary Clinton presidency?

Basically, the Clintonista form of government is all mercenary pay-for-play. It works for who can afford access, and could can afford the protection of the government. It is basically a queen’s court of favor, and there is no shortage of ruthlessness who fall on the other side of that favor. Just ask Gaddafi about that.

That White House is one that is very much for sale.

Here is video of then-Secretary of State Hillary Clinton’s formal meeting with His Royal Highness Prince Salman bin Hamad bin Isa Al Khalifa, Crown Prince of Bahrain, who established a Crown Prince International Scholarship Program through the Clinton Foundation back in 2005 and subsequently funded it to the tune of $32 million over the course of the next five years.

The emails, obtained by Judicial Watch, show the inner workings of this pay-for-play set-up. “CP” refers to Crown Prince Salman of Bahrain:

Cp of Bahrain in tomorrow to Friday

Asking to see her

Good friend of ours

He asked to see hrc thurs and fri thru normal channels. I asked and she said she doesn’t want to commit to anything for thurs or fri until she knows how she will feel. Also she says that she may want to go to ny and doesn’t want to be committed to stuff in ny…

How is this not grounds for disqualification? Because there are intermediaries?

Bahrain is important in Middle East affairs because it stations the permanent U.S. Naval Support Activity base for the entire Persian Gulf. That situates at least 50,000 or so full time U.S. soldiers, directly across from the huge Iran landmass, inside the Straight of Hormuz (where Iran has the means of blocking off access to the gulf for all ships not already stationed at the base). 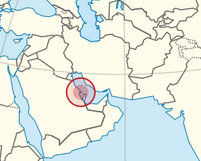 Bahrain is strategically of great importance to U.S. interests in keeping tabs on Iran; it is undoubtedly where a major part of any potential war with Iran would be based.

The U.S. Naval base remains there despite controversy and opposition to it during past decades, a storm which it weathered.

It is surely why the U.S. remained silent on Bahrain affairs despite a huge crackdown against peaceful protesters in 2011 amid a larger movement of Arab Spring uprisings. The U.S. corporate media was complicit by refusing to cover the oppressive actions of the Bahrain regime – the exception to the rule was then-CNN anchor Amber Lyons:

The crack down during a prolonged state of emergency was considered brutal; tear gas and other crowd control measured were used to put down the protests. Reports claim that many of the protesters were systematically tortured. Even doctors and patients were reportedly beaten according to reports which the government of Bahrain has denied.

If Bahrain wasn’t strategically located across from Iran or sitting on huge oil reserves, it would likely be considered a violator of human rights.

NATO Envoy: Military Planning Against Iran and Syria is Underway

Will Hillary Go Down Like Nixon? Watergate Journalist: “What’s On Emails? Probably Not Pretty”