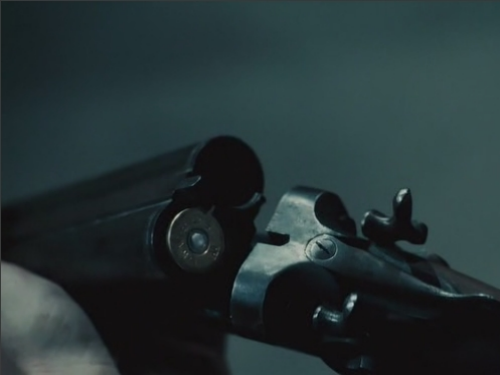 It’s every family’s worst nightmare, and it’s the reason to have self defense tools and preparations in your home.

But many governments around the world don’t hold the same basic protections for home defense that the United States does in most states (and clearly, there are forces at work to undermine that as well).

This father was charged with murder in Australia for fighting and killing a rapist who was entering their home in attempted robbery… and found close to his daughter’s room. Ask yourself, would you do any differently?

via the International Business Times:

A young dad in Australia has been charged with murder after he confronted a burglar inside his home. Father Benjamin Batterham, 33, discovered convicted rapist Ricky Slater, 34, near his daughter’s room inside their family home in Newcastle, New South Wales, at 3.30am.

With a 32-year-old friend, Batterham confronted Slater and the resulting skirmish sent Slater to hospital where he later died of his injuries, believed to include brain damage.

Batterham also suffered facial injuries and bite marks to his body and some reports say he had to be tested for HIV. Reports that Slater suffered a broken neck have been ruled out. After Slater was taken off life support Batterham handed himself in at a police station and was charged with murder.

The details of the incident are no doubt importance, but in essence, Batterham has lost his liberty on charges of murder for defending his family inside his home.

Australian law is crazy – apparently there is no right to self-defense?

Well, typically of laws, it is a bit vague, but killing an assailant in self-defense is only a partial justification in the eyes of the law, where excessive force considerations will still hold the man accountable to murder. In the case of Benjamin Batterham, it seems ridiculous.

That’s why more than 100,000 people have petitioned for his release:

Now an appeal on the apprentice chef’s behalf has attracted over 110,000 signatures (as of 6 April). However, a planned protest march on behalf of Batterhamwas called off when a teenager organising the protest said he was threatened by members of the Slater family.

But the family of rapist Ricky Slater have torn down signs and intimidated supporters out of holding a rally:

“So we ripped them off the poles and then my son-in-law saw this young bloke putting up more banners and just said ‘that’s not right’ and ‘can you give me the rest of them, sorry'” said Dickson. “He never assaulted him or anything. We’re just upset that they were going up. People have been saying so much about Ricky, it’s very painful for our family.”

Newcastle police are investigating the incident. The case has divided opinion across Australia, with most appearing to support the actions of Batterham.

So not only has the concept of self-defense been turned on its head, but the powers that be are again sowing division between racial groups in a case that is reminiscent of Trayvon Martin, and likely to split communities and debates along ideological lines.

But if you can’t defend yourself, you also can’t be free.

Home Defense: “If You Can’t Protect It, You Don’t Own It”

Empowering Citizens and Deterring Crime, One Free Shotgun At a Time