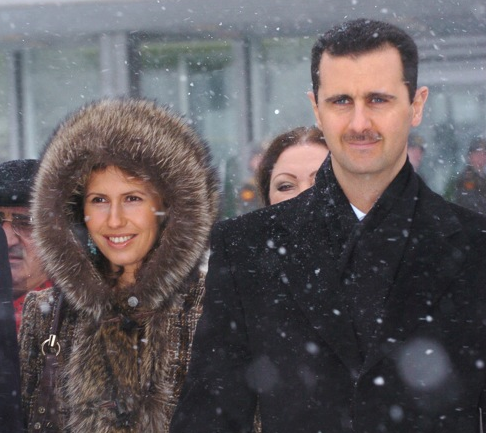 With President Trump comes a new front in the War on Terror.  Will there be a wider war in the middle east region under his presidency?

Editor’s Comment: Covert black ops are still in full force, regardless of the changing of the guard in the Oval Office. While only time will tell how President Trump will handle foreign entanglement in the Middle East, though his tweets condemning Sen. John McCain, Sen. Lindsay Graham and others for their warmongering are perhaps a hopeful sign.

The joint statement of former presidential candidates John McCain & Lindsey Graham is wrong – they are sadly weak on immigration. The two…

…Senators should focus their energies on ISIS, illegal immigration and border security instead of always looking to start World War III.

On the other hand, Trump has already authorized deadly and controversial attacks on terrorist homes in Yemen, including one on the family of Anwar al-Awlaki, the American-born terrorist that Obama took out with a drone, as well as his 16-year-old son. The most recent strike has now taken out Awlaki’s 8-year old daughter and other relatives allegedly affiliated with terrorism. As a candidate, Trump vowed to go after the families of terrorists, a campaign promises that sparked a great deal of controversy.

Meanwhile, President Assad survived the long seize attempt to oust him from office via moderate rebel/terrorist mercenary groups sponsored by a host of Western and NATO allies. However, that protracted front of the war ended decisively when Russian military force drove out these forces from Aleppo altogether, changing the face of the Syrian war. Now, the CIA is using psychological techniques to torment Assad and stir up a frenzy that could surround an attempt to remove him in the near future.

It remains to be seen how President Trump as a Commander-in-Chief will address the multi-faceted conflict in Syria, and the contentious U.S. role vis-a-vis Russia, whom Trump has pledged to play friendly with. The immigration ban from seven Muslim-dominated countries could stir the pot for a larger world conflict and a new front in a revived (and revamped) War on Terror.

These will be interesting times, but the CIA and shadow government are not going to quickly give up its objectives in the Middle East.

Black Propaganda Psyop: So Which Intelligence Agency Spread Fake News About an Assassination Attempt Against Assad?

“The reports of my death are greatly exaggerated.” ~ Author Mark Twain

How is this for an eerie psychological mind game?

Breitbart is reporting that a flurry of regional news stories out of Syria are claiming that Syrian President Bashar al-Assad was in serious condition after either suffering a stroke or an assassination attempt.

The office of the presidency has officially responded that all such claims are false and Assad is “carrying on his duties quite normally”.

“The presidency denies all these reports. President Assad is in excellent health,” the statement read, according to Reuters, suggesting that “changing circumstances in the field and politically” were behind the claims that Assad was ill.

“The Syrian people had become immune to such lies,” the statement concluded.

Really? Immune? Fake news must be happening all the time over there at this point as the obvious regime change operation is probably considered behind schedule.

Also considering that we know the fake news agenda is really just black propaganda being wielded in a thinly veiled psychological operation (psyop) against people all over the globe, these rumors are being spread for a pretty obvious reason.

It sounds like a mafioso-esque threat on Assad’s life… and it sounds like something straight out of the CIA textbook.

This particular fake report calls to mind the shocking comments that former CIA Deputy Director Mike Morell made in an August 8, 2016 interview on The Charlie Rose Show.

Amid discussing how Morell wanted to make the Russians and Iranians “pay a price” in Syria, which Rose clarifies by asking, “We make them pay the price by killing Russians? And killing Iranians?” to which Morell responds, “Yes, covertly” — Morell goes on to say:

With threats of harassment like that, sprinkling a little premature obituary fake news campaign on top for good measure is nothing.