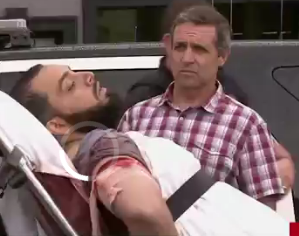 Terrorism has again gripped the homeland, and there is circular causality in all of it.

Are we so distracted by what happens with the right hand, that we cannot see what the left hand is doing?

The nation is in a state of shock after one of the largest terror attacks ever conducted on American soil.

The bombing in Chelsea, and another bomb that was found but didn’t go off, once again brings terrorism to the fore in America, and just ahead of the elections.

Officers in New Jersey have now apprehended that man they claim carried out the bombing attacks. Ahmad Khan Rahami was reportedly sighted sleeping on the steps of the bar, prompting officers to wake him identify him as the wanted man with a beard. But a shootout and chase ensued from that point.

According to the NY Times:

The man believed to be responsible for the explosion in Manhattan on Saturday night and an earlier bombing in New Jersey, Ahmad Khan Rahami, was taken into custody on Monday after he was wounded in a gunfight with the police, according to law enforcement officials.

The dramatic episode on a rain-soaked street in Linden, N.J., came after the police issued a cellphone alert to millions of residents in the area telling them to be on the lookout for Mr. Rahami, 28, who was described as “armed and dangerous.”

All sides are preparing the political and security response to these seemingly random and unpredictable attacks. There may be no end in sight. America is forced to live under a cloud of terror.

But overseas, it is a different story.

There, U.S. action has been blamed for supporting terrorism.

THE OTHER SIDE OF THE COIN

In the larger Syrian conflict, the United States has been accused of firing on Syrian forces in Deir al-Zour to support the advance of the al Nusra front.

The U.S. admits the bombing took place, but claims it was a mistake. However, it is adding further strain between the Americans and Russians.

After the United States launched an attack against Syrian forces in Deir al-Zour early on Saturday morning, Russia is now calling for an urgent meeting of the United Nations Security Council and an immediate explanation from the United States.

The Americans claim that the bombing was merely a mistake; however, it is hard to make that claim when the two sides were in battle with one another at the time of the airstrikes. In addition, the United States did not inform the Russians of the attack plan and thus Russia was not able to inform the U.S. that the Syrian forces were in that location. As a result, many may legitimately wonder whether or not the U.S. did not contact the Russians in order to maintain plausible deniability.

“If previously we had suspicions that Al-Nusra Front is protected this way, now, after today’s airstrikes on the Syrian army we come to a really terrifying conclusion for the entire world: The White House is defending IS [Islamic State, formerly ISIS/ISIL],” said Russian Foreign Ministry spokeswoman Maria Zakharova in an interview with Rossiya 24.

That’s an official statement from a Russian official, barring any discrepancies in translation.

Russia has openly accused the United States of backing a terrorist group to oppose Assad in Syria, and the facts are so clear that it can hardly be disputed. Though these actions push us into open world war, American officials tell the people nothing of it. As Turbeville further notes:

Russia has officially stated that the U.S. action jeopardizes the ceasefire agreement and is now calling for a United Nations Security Council meeting.

“If the American side does not take the necessary measures to carry out its obligations… a breakdown of the ceasefire will be on the United States,” said Russian General Viktor Poznikhir.

We are only supposed to know about the fear and anxiety surrounding these terror attacks, never the deeper reasons behind why they are happening.

THE ENEMY IS AMONG US

The Drudge Report’s headline in the wake of the terror attack is “ISIS Among Us.” It is true on several accounts, both on the homefront where radicals blend with everyone else, and it is true in the Middle East, where American foreign policy officials have woven together a strange web of supporting and mutually fighting against the enemy. 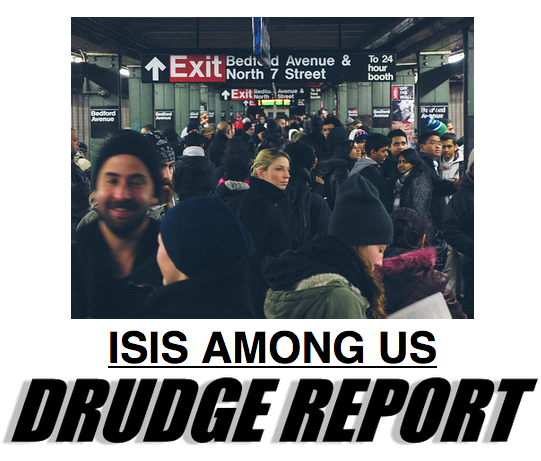 It is blowback from a double-barrel. The perpetual wars in the Middle East – today Syria – has stirred up vehement hatred against the United States and its allies, while simultaneously displacing refugees from the area, who bring, among them, those radicalized to attack.

Today, we fund the groups that were only yesterday our enemy: my enemy is my friend when against another enemy. But it all comes back around, and is hardly unpredictable.

In essence, we have orchestrated our own chaos and destruction… and the way we handle it determines the enemy of tomorrow.

As Walt Kelly famously said in his comic strip Pogo, “We have met the enemy and he is us.”

So just how is it that ISIS has come to be among us?