Anonymous Issues Frightening World War 3 Warning: “They Are Preparing For What Comes Next… The Citizen Will Be The Last To Know” 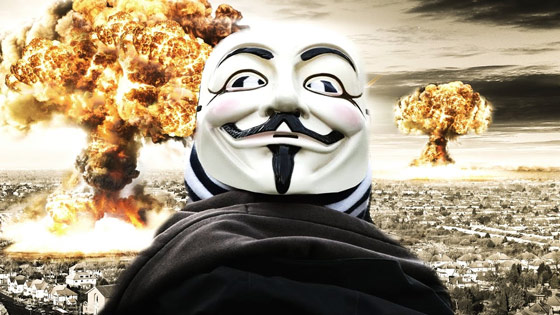 A new video released by the hacktivist group Anonymous via their official Youtube channel warns of a coming global war that will catch most of the world’s citizens off-guard.

All the signs of a looming war on the Korean Peninsula are surfacing… we’re watching as each country moves strategic pieces into place… but unlike past world wars… although there will be ground troops the battle is likely to be fierce, brutal and quick.

It will also be globally devastating on the environmental and economic levels.

This is a real war with real global consequences… With three super powers drawn into the mix… Other nations will be coerced into choosing sides.

The citizen will be the last to know…

As previously noted, both China and Russia are mobilizing troops to the North Korean border, and the United States now has a Naval strike group directly off the coast of the rogue state. With the North threatening to continue testing missiles and weapons of mass destruction, and the Trump administration officially stating that past policies of “patient diplomacy” no longer apply, it appears confrontation is imminent.

North Korea has responded to President Trump’s deployment of an aircraft carrier, surveillance drones and missile tests by saying that if even a single bullet is fired they will nuke the United States.

The geo-political strain in the region could lead to any number of potential triggers. The growing concerns have not gone unnoticed in Japan, which recently saw panic buying of emergency shelters and air purifiers skyrocket.

In the United States, retailers report that the sale of NBC/CBRN gas masks and anti-radiation pills has spiked in recent weeks amid fears of impending global disaster.

Elite billionaires are building bunkers and long term preparedness plans to survive disaster, while governments around the world are positioning pieces on the grand chessboard.

All signs point to serious trouble in the very near future.

The world sits on the brink of a war unlike anything mankind has ever witnessed.

How To Survive Any Disaster