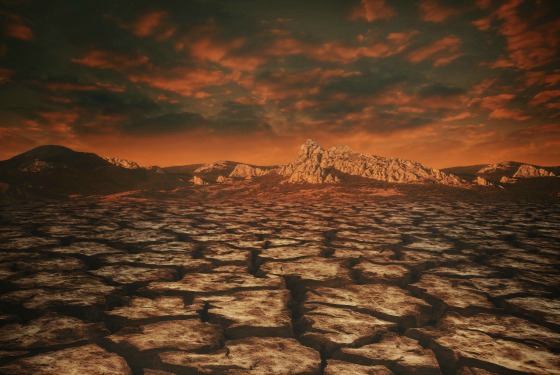 Have you ever heard of Earth Overshoot Day? No? Neither had I. It’s the day each year that we use up the resources that can be renewed within that length of time. This year, it was on August 1st, so for the rest of the year, we’re living on borrowed resources.

It reminds me of the economy and quantitive easing. There’s only so far we can push it until there’s nothing left from which to borrow. While the analysts say this is all related to climate change, a theory that many find dubious, one thing is absolutely certain – they’re right about the looming shortage of resources. And a lot of it is because Westerners are so incredibly wasteful as a society.

Look at water, for example. Droughts have stricken us here in parts of the United States for years, and blogger Michael Snyder has suggested it could quickly lead to a return to Dustbowl conditions similar to those of the 1930s. South Africa has barely managed to push back Day Zero, the day in which Cape Town runs completely out of water, using stringent rationing methods.

Even parts of the US that aren’t in drought conditions are seeing frequent water crises, with algae blooms, toxic run-off, chemical spills, and tainted municipal water. Doesn’t it seem to you that these things are happening a lot more often?

By 2030, the UN predicts that 24 million to 700 million people will be displaced because of water shortages. This means that in those areas that DO have water, the resource will be spread thin and suddenly they’ll have shortages too.

Let’s face it – if we run out of water, people start dying, and quickly. There will be famine because crops won’t be able to grow. People will drink questionable water because they’re dying of thirst, and then they’ll die of a waterborne illness instead.

But water isn’t the only thing that we’re using faster than can be replenished.

A huge part of the issue with looming food shortages is the shocking amount of waste. 33% of the food produced worldwide is wasted, and a whopping 50% of the food in the US is lost. (Shockingly, a great deal of it is simply thrown away because it’s “ugly.”)In North America and Europe, it boils down to more than 250 pounds of food wasted by every man, woman, and child each year. Rich countries like the US literally throw away more food annually than is produced in poor parts of the world like the entire sub-Saharan area of Africa.

Even if just one-fourth of the food currently lost or wasted globally could be saved, it would be enough to feed 870 million hungry people in the world. (source)

We are draining resources so quickly that the BP website warns that we can only get 50 more years at our current rate of oil production.

Oil reserves include field condensate and natural gas liquids as well as crude oil. This inclusive approach helps to develop consistency with the oil production numbers published in the Review, which also include these categories of oil.

Liquid hydrocarbon fuels from non-hydrocarbon sources, such as ethanol from corn or sugar or synthetic oil derived from natural gas (so-called GTL or gas-to-liquids), are not included in either the reserves or production series…

…In the absence of replenishment by successful exploration or reserves growth, so-called ‘reserves replacement’, proved reserves would tend to decline over time as production depleted the existing reserve base. However, the tendency has been for proved reserves at the aggregate level to increase over time as reported discoveries, extensions and improved recovery have exceeded production. (source)

We are dependent on gasoline for just about everything from producing food to transporting goods to getting to work and bringing it all home. Not only that, but oil is also essential for energy. No, our electrical plants aren’t fueled by oil – coal and natural gas are responsible for one-third each of the power used in the United States, while nuclear and hydropower make up the rest. But coal and gas rely on transportation, and in a world without a steady supply of oil, things could start to get ugly all around.

In the event that oil disappears altogether, nations such as Algeria, Venezuela and Nigeria, with no plans to diversify away from fossil fuel production as the core of the national economy, will be left rudderless.

OPEC leader Saudi Arabia and its Gulf allies have spent the past few decades investing their oil profits in massive sovereign wealth funds prepped for a “rainy day” in the desert. These states will be able to exploit the savings to keep it together as they spearhead internal economic revolutions without oil.

All of this does not even include the tribulations that will test the officials of China and India – two of the world’s fastest developing economies with the heaviest energy needs. (source)

That’s a doomsday scenario that many people have never even conceived in their wildest imaginings.

Everyone is blaming climate change.

Of course, in the mainstream, everyone is blaming climate change for all of these potential shortages. This article is not a debate about whether or not human-caused climate change exists. It is about the consequences of the human actions of a consumeristic society. With an ever-growing population and a culture of wastefulness, there’s only so long that the planet can support life in its current manner.

One of the world’s largest banks, HSBC, warns that we are truly not prepared for what is to come.

“In our opinion, these findings and events show that many businesses and governments are not adequately prepared for climate impacts, nor are they using natural resources efficiently,” the HSBC analysts said in the note…

…According to HSBC, extreme events have severe economic and social costs.

“In our view, adaptation will move further up the agenda with a growing focus on the social consequences,” the analysts said. (source)

What can we do?

We can’t change the world, but we can be responsible for our own actions. Preppers, survivalists, and homesteaders tend to be excellent stewards of the earth. We raise a great deal of our own food. We support local economies. We learn to live in harmony with nature. We waste very little. For the most part, we don’t tend to indulge frivolously in wasteful consumer spending.

Elon Musk is convinced we need to head out to space and terraform Mars, but maybe it isn’t too late here on Planet Earth.

Perhaps this is a good time to find things in common with people who are somewhat on the same page, even if they are on that page for different reasons. We, as preppers, practice sustainability as a part of personal survival, while others practice it as a part of what they see as a global responsibility. Maybe we can set our philosophical differences aside and work together to reduce the terrible habits that have brought the world to the edge of doomsday.