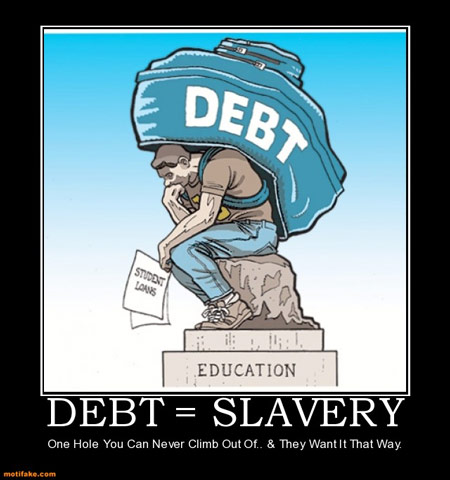 Will students at colleges across the country soon be forced to pay for the higher education of illegal immigrants, even as most will already have to struggle for years to repay expensive and burdensome student loans?

That’s what is happening at Prescott College, a private institution in Arizona, and it could become the trend everywhere.

Unbelievably, as good jobs become more and more scarce, the next generation will be forced to support foreign workers who will also serve as competitors in the market place.

Prescott College in Arizona has decided to charge students a $30 annual fee to finance a scholarship fund for illegal immigrant students.

The fee was originally proposed by students and faculty from the Social Justice and Human Rights program, according to Fox News, and will automatically be added to each student’s $28,000 tuition bill starting next semester unless they take advantage of an opt-out provision.

Prescott College is a private institution, and does not receive either state or federal funding, but some experts warn that the school may yet face pushback over the new fee and scholarship, even as it seeks to bolster the fund through private donations.

College campuses have become sanctuary grounds for many undocumented immigrants seeking a better life, and liberal academics and students have often been willing to back their interests.

But for the average student legally born in this country and attempting to build a better life, it is a slap in the face from both sides – as mandatory contributions for scholarships to illegals pile onto the extreme levels of debt that education imposes, all while the competition for decent employment becomes stiffer.

“It is beyond absurd that this college is going to force all the students to subsidize the education of a student who is in the country illegally,” added Jessica Vaughn, director of policy studies for the Center for Immigration Studies. “It’s a shame these students and faculty don’t have the same drive to help some of their fellow citizens who can’t afford college and who are forced to compete with illegal workers for job opportunities.”

“At a time when student loan debt is over $1 trillion it is irresponsible for Prescott College to offer this privilege at the expense of other students,” Andrew Kloster, a legal fellow at the Heritage Foundation’s Center for Legal & Judicial Studies, told Fox News. “While the dollar amount seems small per student, the fee does send a message to potential donors to Prescott College that the administration is less concerned with sound financial management than it is with making a political statement.”

Like President Obama, these colleges have put a premium on a protected minority group at the expense of ordinary Americans who have seen their living standards decline significantly with economic decline and globalization.

At what point does the plight of the American aspirant become as a important as a “special” group that has been favored by politically motivated interests on campus, and what does that mean for the quality of “education” at such an institution?