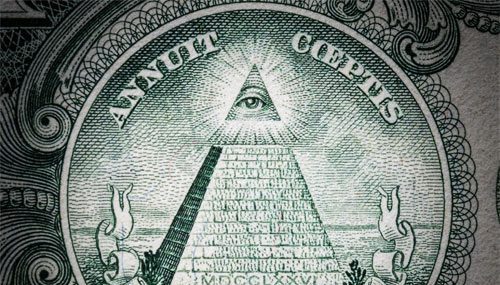 A New World Order is being pushed through right now. It’ll all start with the monetary system. Make no mistake, they are going to do this, it’s up to us to stop it.

Central bankers are now poised to embark on their biggest power play ever. For years they have lied in wait for the opportunity to make people so desperate that they would willingly accept the chains of their own enslavement in exchange for fiat currency. Sadly, we are now on the cusp of this system rolling out.

Federal Reserve Chairman Jerome Powell, in coordination with the European Central Bank and International Monetary Fund (IMF), is preparing to roll out central bank digital currencies. There will be a universal basic income tied directly to your ability to obey and submit to the bankers’ will. Basically, if you accept this, you will be their slave. They will remove your ability to pay for or do anything if so much as say the word “freedom.”

The globalist IMF recently called for a new “Bretton Woods Moment” to address the loss of trillions of dollars in global economic output due to the world governments’ coronavirus response.

The next frontier of the Fed’s unlimited mandate could be “FedCoin” – a central bank digital currency.

Earlier this month Chairman Powell participated in an IMF panel on international payments and digital currencies. He touted electronic payments systems and raised the possibility of integrating them into a central bank digital currency regime.

Powell has so far declined to outright endorse a move toward a fully cashless system in which countries including China and Sweden are spearheading. But he is on board with the larger globalist agenda of expanding the role of monetary policy in shaping economic and social outcomes. –Activist Post

If we, as human beings, accept this new cashless digital dollar and the universal basic income designed to lure us to it, we will become slaves. This is the end game and the goal – totalitarian control over literally everything includingg people.  And you and I are not going to be the ones holding the chains of humanity’s oppression. We’ll be wearing them.