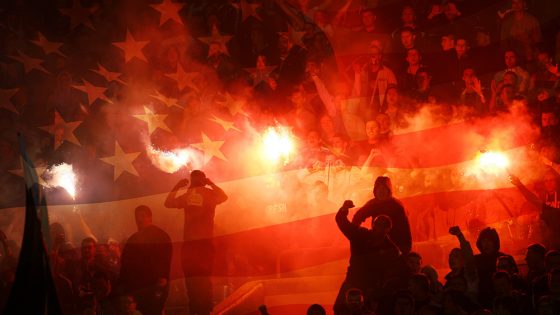 Antifa is “mobbing up” for an engineered chaos event, according to multiple eyewitness accounts of Antifa activities at public events such as Trump rallies. This coincides with accelerated mainstream media calls for Trump to be removed from power or arrested, along with an explosion in pop culture messaging that calls for Trump to be hogtied, tortured and / or executed.

The coordinated messaging and accelerating George Soros funding of mob-for-hire Antifa terrorists points to an imminent event that will unleash nationwide political, civil and financial chaos from which globalists hope to remove Trump from power (or collapse the United States if Trump survives).

This analysis is derived from multiple personal interviews, eyewitness accounts, media sources (cited below) and informed familiarity with the history of the communist playbook from which these events are unfolding. Highlights of this analysis:

To understand the urgency of the effort to remove Trump from power, we must keep in mind that the U.S. government has been, for decades, run by a criminal cartel of intelligence operatives, anti-American globalists and money-laundering grifters. The purpose of government, in the minds of these treasonous actors, boils down to two things: 1) control, and 2) profit. The bigger the government, the more money that people like Joe Biden, Mitt Romney, John McCain, Nancy Pelosi, Harry Reid and others can skim off government revenues. If you thought Joe Biden’s shakedown of Ukraine to the tune of over a billion dollars funneled to his son was an aberrant event, think again: They all do it, Republicans and Democrats alike.

Donald J. Trump made his own fortune, independent from government, and he doesn’t view government power as a way to collect a massive personal fortune by selling government influence (i.e. the Clinton Foundation) or threatening foreign nations to dish out large revenue streams to his family members. What Joe Biden did in Ukraine has been repeated countless times by the Clintons (where did all the Haiti relief funds go?) and nearly every other connected politician. Big government is a big scam for the political elite, and the more taxes they can raise from the public to fund various government projects, the more these corrupt elitists can skim money from incoming Treasury revenues by setting up family foundations, “consulting” groups and other shell vehicles for receiving bribes, kickbacks and shakedown cash.

Trump’s unwillingness to play along with this grand scam has made him enemy No. 1. It’s not just about the politics here… to the Democrats, it’s about protecting their personal profits. How did Sen. Feinstein become worth hundreds of millions of dollars while “serving” as a California senator? It’s simple: She turned her office into a spy hub to feed U.S. secrets and the identities of anti-communist activists directly to Beijing. Feinstein is a traitor, but serving as a traitor in a corrupt system of big government pays off handsomely to those willing to sell out their own country (which now includes the NBA, NFL and ESPN, by the way, on the culture side of things).

It’s no surprise, then, when Nancy Pelosi calls for a communist-style revolution against President Trump. She’s protecting her own corrupt skimming operations and money laundering scams. Eliminating Trump and overthrowing the rule of law is the only way corrupt traitors like Pelosi can remain in power and continue to dupe the American people.

That’s why deranged congresswoman Rashida Tlaib is now openly discussing which prisons would be used for imprisoning Trump and his Cabinet officials. It’s also why Rep. Adam Schiff’s so-called “whistleblower” has now evaporated into obscurity… because Schiff fabricated the existence of the whistleblower in the first place. It was all rigged from the start as another deep state false flag operation against President Trump.

The true puppetmasters in all this are, of course, George Soros and Barack Obama, who was a seditious traitor and “sleeper cell” against America from the very beginning. As InfoWars.com now reports, Antifa has announced a plan to overthrow President Trump by invoking violent, nationwide revolution:

The anti-American organization Antifa announced their plan to overthrow President Trump through violent revolution, and the Trump administration finally responded by activating the Marines to prevent a Deep State coup. The violent far-left group is funded in part by billionaire George Soros and Clinton/Obama stay-behind networks such as MoveOn and Onward Together. Universities and the mainstream media readily amplify Antifa’s seditious anti-Trump agenda and frequently provide cover for the group’s violence toward conservatives.