A.I. Is Taking Over Bit By Bit: The Implication Of Rapidly Improving Artificial Intelligence 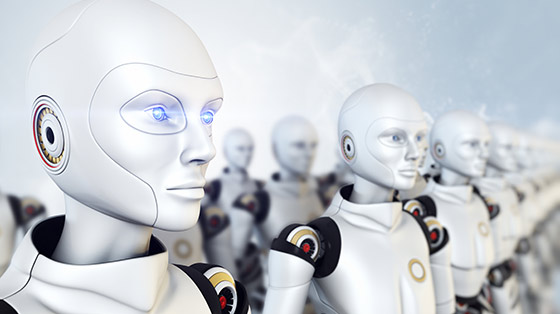 Recognizing the human voice, new tech gadgets can play music, search the web, shop online, check the weather, and even switch on the lights or control the central heating. But while we get to know these new interactive electronics, a report last week sounded the alarm over the implications of rapidly improving artificial intelligence.

They listen, they talk and very soon, according to some experts, they will be taking over our homes, our jobs and our lives. Thousands of Americans unwrapped voice-activated electronic devices on Christmas Day. Amazon’s Alexa service, Apple’s Home Pod, and Google’s Home speakers were among the best-sellers.

The study, from the Institute for Public Policy Research (IPPR) warns of thousands of jobs being lost to robots and those with those on lowest wages likely to be hardest hit. As it becomes more expensive to hire people for work because of government intervention like minimum wage hikes and overbearing regulations, more companies are shifting to robotics to save money on labor.

Of course, this all leads to humans needing to compete with artificial intelligence and robots for jobs. Joe Joseph of The Daily Sheeple says that “nothing could go wrong” sarcastically. “That means bracing perhaps the research of Neuralink, Elon Musk’s company, and ‘neural lace‘,” says Joseph. “Because nothing could possibly go wrong by creating a nano-particulate web that actually goes on your brain...over your brain…and provides a machine-brain interface.”

“I would imagine that there’d be some sort of transmission system associated with that,” Joseph continued. “And nothing like putting a transmission system, albeit tiny, directly on your brain. ‘Cuz we don’t get cancer enough in this country.” Of course, there are a few ways humanity can benefit from A.I., especially when used the right way.

“How cool would it be to just be able to walk down the street and communicate with anybody, because, you know, instantly at your fingertips you have the translation to every language out there,” says Joseph. The technology is there for that, however, and it could so many people some good. “This is coming like a freight train at full speed,” Joseph continued. The good and the bad are both coming whether we like it or not.