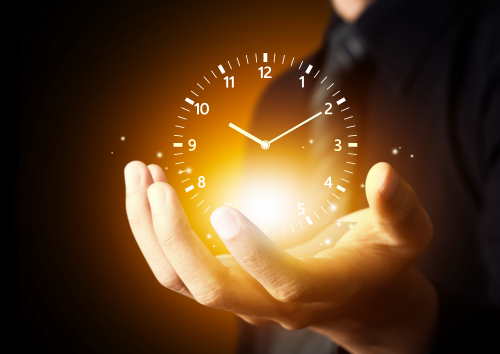 The world is changing faster than ever before, but that doesn’t mean that we aren’t being acclimated to it. It’s truly a testament to the ability of humans to adapt to just about any circumstance. We have more food, wealth, and life-saving technologies than anyone in our history. We have a nearly unlimited stream of entertainment and information. Yet we take it all for granted.

Because we’re so acclimated to this world, we often forget how strange it is compared to previous eras. Sometimes we forget to stop and appreciate just how freaking bonkers it all is. If you don’t believe me, I’ve collected five news stories to prove it. They’re not necessarily relevant to each other in any way, but if you told someone 30 years ago that the following stories would someday come true, they’d probably think that you were pitching some bizarre sci-fi novel.

You’ve definitely heard about this technology already. 3D printing has been in the news countless times over the past few years. However, that doesn’t mean that it is old hat. It seems as if every year 3D printing is used to create something that no one had considered before.

The fact that we live in a world where a novice can print out his own gun parts is freaky enough, but now it’s believed that 3D printers can create camera lenses as small as a grain of salt. This could be used to create billions of tiny sensors that could be scattered throughout the world; a concept known as “smartdust.” Alternatively, 3D printers can also be used to build objects as large a house in 24 hours.

For all of human history, meat was something you raised and produce was something you grew. Not anymore. Since 2013, scientists from around the world have successfully grown meat from cultured animal cells on multiple occasions. In fact, just this week a startup from San Francisco managed to create the first lab-grown chicken strips. The people behind these projects believe that lab-grown meat will become a normal staple in grocery stores in the very near future, because growing meat in this fashion is a lot less resource intensive, and the taste is almost indistinguishable from natural products.

But that isn’t the freaky part. What’s strange is how we’ve come to accept it. There are no riots or protests in the streets because of this. No one is being arrested and thrown in jail for something that is clearly illegal. Privacy died, and it’s like no one noticed. What would have outraged everyone a few generations ago, is now met with a shrug.

This is the only entry on this list that doesn’t have something to do with technology, but I can’t help but find this story to be a totally unexpected development.

If you ask most people what the fastest growing religion in the world is, they’d probably say Islam. However, it could actually be a strange new subset of Christianity from Mexico called Santa Muerte, or Holy Death. Santa Muerte is a female folk saint whose popularity in Mexico and the United States is spreading rapidly; from being practically unheard in the year 2000, to being worshiped by 10-12 million people in 2014.

Statues and visages of the saint, which appear as a skeleton clad in vibrant robes and carrying a scythe, have popped up all over the world. The religion is popular among a wide variety of people in Mexico, from narco gang members to impoverished farmers, who often pray to the saint for protection. Though Santa Muerte is venerated in the same way as most saints, the Catholic church has condemned the religion, which of course hasn’t had any effect on its popularity.

For most of human history, trying to halt the aging process was synonymous with either magic or pseudoscience. Until recently, the idea that you could slow down or even stop the aging process with drugs, was simply inconceivable to scientists. But now there are companies who are actually beginning human trials with drugs that could slow down aging. And now that science is gaining a firm grasp on what causes the aging process, it may not be long before we’re able to stop and reverse aging. That of course, would change our species forever in ways that we can’t even imagine yet.