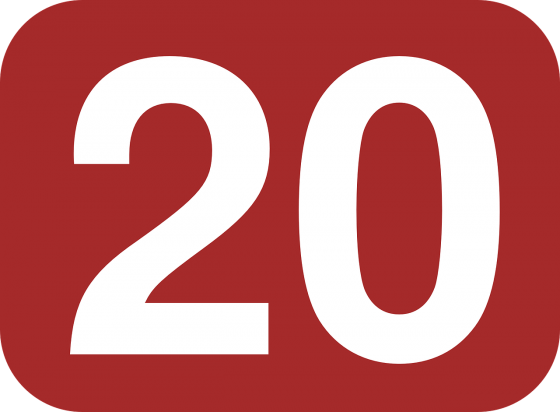 Despite everything that we have already been through in 2020, the dominant narrative in our society right now is that everything is going to be just fine once we get past our temporary problems.  So many people that I hear from can’t understand why I am so “negative” about the future because they are completely convinced that really great days are just around the corner.

As odd as this may sound, we are seeing this sort of wild optimism among both Democrats and Republicans, Christians and atheists, capitalists and communists.  Of course, about half the country will have their optimistic hopes for the future brutally crushed by the results of the upcoming election, but we aren’t there yet.  For now, both sides are absolutely convinced that they are going to win, and both sides are envisioning a wonderful new era for our nation in which their values reign triumphant.

If only things were that easy.

The truth is that many of our largest problems have been steadily growing for decades, and they aren’t going to magically disappear just because a particular candidate wins an election.  Our debt levels are absolutely exploding, our economy has plunged into a depression, there is widespread civil unrest in our streets, our nation is more divided than it has ever been in my entire lifetime, and our society is literally coming apart at the seams as just about every form of evil that you can possibly imagine is growing rapidly all around us.

But there are a whole lot of people out there that want to stick their heads in the sand and pretend that everything is going to be just fine.

If you would like to be just like them, the following are 20 things that you must believe in order to convince yourself that everything is going to turn out okay somehow…

#1 “Being 27 trillion dollars in debt is not a problem.  We can go into as much debt as we want, and future generations of Americans won’t mind at all that we are dumping all of our bills on them.”

#2 “The fact that the Federal Reserve creates trillions of dollars out of thin air whenever a major crisis erupts doesn’t really matter.  We can debase the reserve currency of the world as much as we want and the rest of the globe will continue to use it and the inflation rate in this country will never get out of control.”

#3 “Antifa is just an idea, and all of the rioting, looting, and violence will somehow magically come to an end after the upcoming election.”

#4 “When I see people smashing windows, setting buildings on fire and shooting at police officers, I just remember to remind myself that those are really just peaceful protesters.”

#5 “It is perfectly okay that a former intern for Joe Biden will moderate the next presidential debate.  He has promised that he will be perfectly neutral, and I believe him.”

#6 “Kamala Harris will never become president if Joe Biden wins the election because Joe Biden is so strong and vigorous that he could easily make it through two terms.”

#7 “The Democrats would never pack the Supreme Court because Joe Biden and Kamala Harris are way too decent to ever allow that to happen.”

#8 “Once the election is over, the big social media companies will give us our freedom of speech back because that is the right thing to do.”

#9 “It makes perfect sense that the stock market has soared to record highs while the real economy has plunged into a horrifying depression.  This isn’t a bubble, and stock prices will just keep going up indefinitely.”

#10 “It is perfectly okay that 40 percent of U.S. children are being born outside of marriage.  America can certainly prosper without strong marriages and strong families because so many other great civilizations have shown that it can be done.”

#11 “Even though study after study has shown that antibodies fade very rapidly and that any immunity is very short-lived, a vaccine will save us from this pandemic.”

#12 “Once this virus has been eradicated, they won’t make us wear masks anymore, and they certainly wouldn’t try to force people to take vaccines if they don’t want them.”

#13 “Now that everyone has seen how much chaos this pandemic has caused, evil people would never purposely release more deadly viruses because they wouldn’t want to kick us while we are down.”

#14 “There is no need to worry that our relationships with Russia and China have gone down the tubes because our military is so strong that nobody would ever dare getting into a military conflict with us.”

#15 “Even though the head of the UN World Food Program is warning that there will be famines of ‘biblical proportions’, I am sure that any food shortages are just temporary and everyone in the world will have plenty of food to eat in 2021 and beyond.”

#16 “More than 60 million Americans have filed new claims for unemployment benefits this year, but most of those jobs will quickly come back, and we are on the verge of the greatest era of economic prosperity in U.S. history.”

#17 “The rapid rise in crime rates in cities all over the nation is just temporary.  I am sure that things will go back to normal in 2021.”

#18 “We can ignore the hundreds of earthquakes that are shaking the west coast, because ‘the Big One’ probably won’t happen for thousands of years.”

#19 “The fact that tens of millions of Americans will be mailing in their ballots won’t cause any issues at all.  All of the ballots will be counted quickly, efficiently, and accurately, and the American people will remain perfectly calm while we wait for days or even weeks to find out the winner of the presidential election.”

#20 “Even though more than 60 million children have already been aborted, and even though every form of evil that you can possibly imagine is exploding all around us, there will never be any serious consequences for our actions and the greatest days for America are still ahead of us even though we completely refuse to change our ways.”