The US Is Woefully Unprepared for a War with Russia 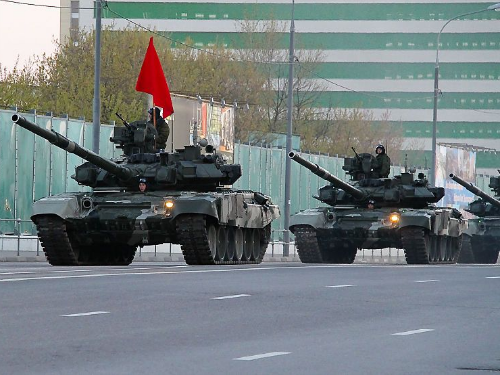 This article was written by Joshua Krause and originally posted at The Daily Sheeple.

Editor’s Note: If the U.S. is so unprepared, then why is it so adamant about provoking conflict and looking for excuses to get into a war? It seems the powers that be are stuck fighting for territory and influence at the expense of us all, as usual.

At this point, it seems like a war between NATO and Russia is practically a foregone conclusion. There’s certainly a lot of bluster and threats going back and forth between both sides, and they’re both run by tyrannical, power-hungry regimes that want the world to themselves. Those kinds of governments always come to blows at some point.

However, the US government may want to consider holding its tongue for the foreseeable future. Unlike Russia, which has been building up its military prowess since the end of the Cold War, our military has spent the past 15 years bogged down in quagmires involving insurgencies. And by their nature, insurgencies have completely different tactics, equipment, organizational structures, and goals, that are often diametrically opposed to those of a nation-state.

That means our military has spent more than a decade training and equipping its personnel for fighting decentralized, low-budget enemies. One must wonder if they’re still prepared to go toe to toe with an effective conventional military. To answer that question, you only have to take a look at the state of our air power to see that our politicians are in way over their heads when it comes to fighting the Russians.

U.S. military power often is measured by the number of combat aircraft and ships in the inventory. While the United States has by far the largest air force and navy, that size advantage could eventually be negated by enemy air defenses and electronic warfare technologies that are now available in the open market.

The solution is not to buy more fighter jets, stealth bombers or aircraft carriers, but to arm existing Air Force, Navy and Marine Corps combat aircraft with high-tech bombs and missiles that can be dropped in large quantities from hundreds of miles away, suggest military analysts in a new study.

The military for decades has invested in an arsenal of short-range “direct attack” weapons on the assumption that they will be able to get close to targets. It also has acquired a large inventory of highly sophisticated autonomous cruise missiles that can travel more than a thousand miles to a target. Today’s standoff weapons keep aircraft out of harm’s way but, at a million dollars apiece, are too expensive to be able to fire in large numbers in a protracted conflict.

There is clearly a gap between today’s short-range and long-range weapons that needs to be filled, says Mark Gunzinger, of the Center for Strategic and Budgetary Assessments. “Our combat air forces are short-range and not capable of penetrating contested areas. If we use standoff munitions, those weapons are too large and expensive. The size restricts the number you can carry. We don’t have enough aircraft.”

In other words, our air power is only equipped to deal with third world countries like Iraq, as well as insurgents, both of which don’t have advanced air defenses. We have a massive supply of short-range missiles, but those are obviously useless if you can’t get close to enemy targets. That means that any war with Russia would leave us without air superiority.

And that’s a pretty serious problem, because air superiority is supposedly our greatest asset. It’s been that way since at least the Gulf War, where we demonstrated the frightening capabilities of our air power against the Iraqi’s and their antiquated, Soviet built war machines.

But Russia is a totally different beast. Since we probably won’t have any air superiority against their military, then any future conflict with Russia would force us into a protracted ground war with them. And as Hitler and Napoleon can attest, the Russians absolutely dominate when it comes to ground warfare. We could re-equip our military for a conventional war with Russia, but it may take many years, and many dollars that we don’t have. Perhaps the blowhards in Washington should think about that before they commit our blood and treasure to World War Three.