Why America Will Burn: People “Behave Utterly Helpless To Change the Situation” 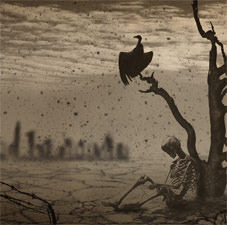