Venezuela Will Turn Violent If Maduro Blocks Recall: “Bomb That Could Explode At Any Moment” 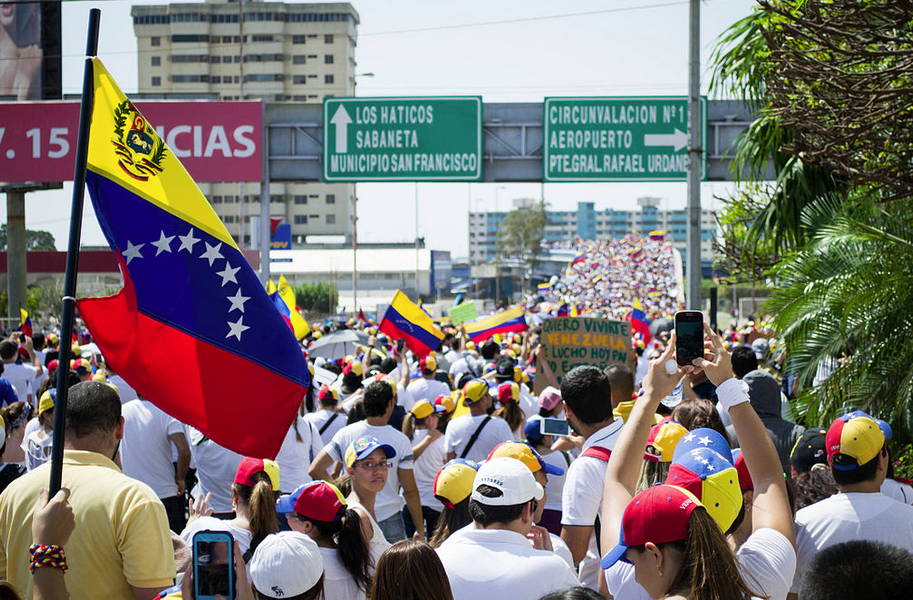 The situation in Venezuela has only been getting worse, and there is virtually no one there who is spared the gathering instability and unrest as millions face food shortages, power outages, a currency crisis and political repression.

Much of the blame has been placed squarely on President Nicolas Maduro, the embattled socialist leader who has clamped down rather than give up power, even as a conditions reach the point of all-out crisis.

A significant portion of the population are lining up for hours to give fingerprint scans – this time not to buy food rations, but to certify their signatures on a ballot to recall and oust Maduro.

Venezuelans queued to get fingerprinted Monday in a crucial phase of efforts to force President Nicolas Maduro from power, after food shortages sparked deadly protests and looting.

Thousands of Maduro’s opponents lined up to submit their fingerprints so electoral authorities can authenticate signatures on a petition calling for a referendum on his rule.

The procedures, due to run until Friday, could make or break the bid to hold a recall vote on Maduro.

Of the 1.3 million signatures recorded by the electoral board in the initial petition, at least 200,000 must be authenticated to pass to the next phase. The next step will require the collection of four million more signatures to call a full referendum.

Venezuela’s population is around 30 million.

But the socialist leader has become something of a dictator, with control over the courts and administration system, and many ways of declaring the recall petition as invalid, while denying his critics and opponents a platform for dissent and change.

There is a widespread belief that President Maduro will simply block the effort and deny his opponents as he holds on to power.

As Maduro doubles down and blames the imperial American influence for trying to unseat him through a silent, protracted economic war (plunging oil prices largely initiated this current phase of collapse), a sense of unrest is growing that many fear could lead directly to widespread violence.

As the AFP notes, the conditions are basically set up for conflict:

Maduro is resisting efforts for a referendum. He has alleged irregularities in the signature process.

The president has warned he may decree emergency measures if confronted with more violence.

The head of the electoral council Tibisay Lucena warned that any violence during this week’s proceedings could cause the process to be suspended.

Analysts and some political leaders have warned of further unrest if the referendum is blocked.

“Venezuela is like a bomb that could explode at any moment,” said senior opposition leader Henrique Capriles.

“If the social tension keeps rising, if starts to boil over, as is happening, the outburst is going to be much worse.”

With regular episodes of looting, rioting and clashes with state authorities, Venezuela has already spilled over into violence.

The question is, what threshold will lead to further imposition of martial law and more widespread and targeted outbreaks of violence and unrest.

This failed state is determined to go straight into the depths of hell before it can come out again.

Scenes From The Venezuela Apocalypse: “Countless Wounded” After 5,000 Loot Supermarket Looking For Food