How to Dress to Avoid Suspicion, Blend In During a Crisis: “Be a Grey Man” 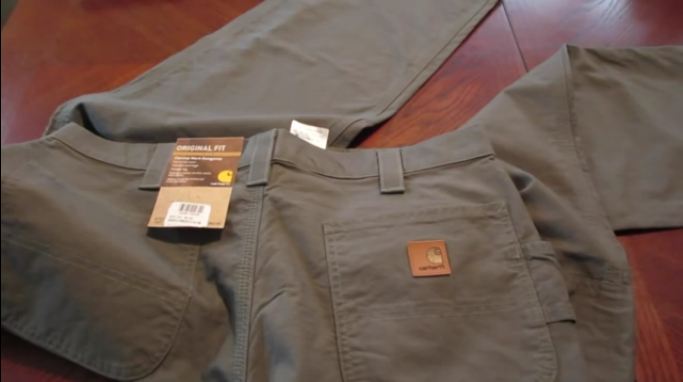 Survival is all about blending in.

If you stand out, you could become like the unhammered nail, begging for unwanted attention.

Whether you are carrying concealed or attempting to negotiate your way through a post-apocalyptic SHTF scenario, take notice that you don’t appear “militaristic” or tactical, as it will work against you.

Mark Twain long ago observes that “clothes make the man” – and the last man you want to be in an emergency scenario is a conspiracy theorist, an obvious doomsday prepper or an overzealous gun-toting idiot who beams controversy and strange looks wherever he goes.

Camouflauge fatigues, “fishing” vests and militia-gear will all work against your efforts, and put an exclamation mark over you while interacting with whatever remains of society, and potentially put a spotlight on your prepping efforts, your stores or retreats, and deflate your hard work to survive.

TheOl1911 explains his philosophy on finding common and even “trendy” clothing with muted colors and enough style to pass the “sniff test” that also offers advantages for concealed carry and tactical preparedness. There’s no one right answer here – but there are certainly wrong ones.

Cargo pants.  These are preferred because of what you can stash in them.  You can hold an infinite combination of gear in them…a polar-tech cap and a balaclava, a “drive-on” (do) rag – the o.g. Army cravat.  You can carry shooting gloves (leather for all-weather) and ear plugs (radians do tell!).  With all of these things in the cargoes, there is still plenty of room for the main function:  when you change your mags or speed loaders, you can shove the empties in your cargo pockets.

Loosely fitting clothing will break up the outline of your body.  Also, remember all of the caps and do-rags I mentioned before?  A quick disguise is where you find it; need I say more.  An old Russian saying: “Do not be a white crow among black crows or you’ll be pecked to death!”  Make sure that you blend in as best as you can.  Earth tones in your dress if you have to dee-dee into the woods.  Balance your tones with the discretion of common sense.  Do not try to be a walking Realtree monster right next to downtown city hall.

Blend in and be inconspicuous; be the “gray” man in the crowd.

Police and most trained marksmen know the techniques to spot someone carrying concealed, and otherwise looking shifty. Tell-tale signs of behavior, including subconsciously checking pockets, and changes in the gait, shifting weight to one side, or uneven clothing (from the weight of the weapon in a pocket) are all give away to the professionals. You’d do best to know them, too, so you can spot others, and avoid giving yourself away.

Be aware of how your behavior can give you away, and dress to blend in with the local population. The styles will change depending upon what part of the country you live in, and whether or not you live in or near a city, or out in the countryside.

Instead, you should have the “uniform” of average clothing and accessories for your area, so that no one  would notice you in a crowd, and few would remember you after the fact based upon your demeanor and any “give away” actions.

The Prepper’s Blueprint: The ESSENTIAL Guide For Any Disaster

Civil Unrest: You’re Pretty Much on Your Own If You Are Caught In a Riot or Other Violent Demonstration

How Can You Tell If Someone is Hiding a Gun?