Hawking Warns Humanity Could Self-Destruct: “Spread Out Into Space To Avoid Earth Disaster” 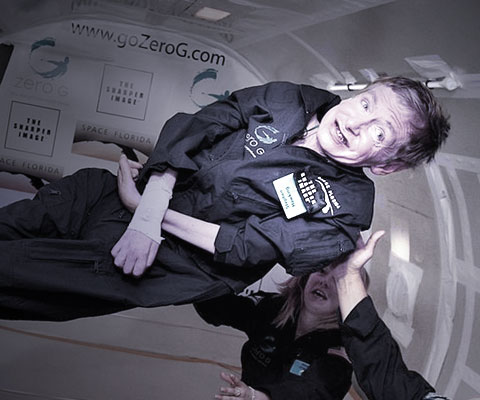 Editor’s Comment: Yes, we are living in a science experiment, and those running things aren’t too worried about us ending up as collateral damage as they work towards new goals in the awful and incredible progress of science and technology.

Are things reaching a tipping point for the survival of life on Earth? CERN alone raises many important questions, and so does the rise of artificial intelligence. Then there’s Fukushima, the BP gulf oil spill and the still-ongoing methane leak in California. There’s quite a bit of propaganda about things like global warming, but one could still see the desirability of getting out of the way of the destructive elite. But who do you think will be building the off-world colonies and spacecraft? Did anyone see the Bond film Moonraker?

Let’s hope this madness can be cutoff at its source, or they won’t treat us any better in orbit either. Not that our ticket is likely to come up soon; we don’t exact have a lot of control in the situation.

Humanity’s future is in peril thanks to so-called advancements in science and technology, claims Professor Stephen Hawking, who cited “nuclear war, global warming, and genetically-modified viruses” as deadly threats to our existence.

Hawking described various “things that could go wrong” to an audience of hundreds attending the first in a series of BBC Reith Lectures, which pertain to research about black holes. He asserted the necessity for colonization of other planets to ensure survival of the human species. According to the BBC, Hawking cautioned:

“Although the chance of a disaster to planet Earth in a given year might be quite low, it adds up over time, and becomes a near certainty in the next thousand or ten thousand years.

“By that time, we should have spread out into space, and to other stars, so a disaster on Earth would not mean the end of the human race.

“However, we will not establish self-sustaining colonies in space for at least the next hundred years, so we have to be very careful in this period.”

Though it would seem counterproductive for such a well-respected scientist to decry scientific progress as humanity’s most existential threat, this isn’t the first time Hawking has advised us to exercise caution, as Anti-Media has reported several times. Last summer, the theoretical physicist was among over 1,000 artificial intelligence experts who signed an open letter about the weaponization of robots and the ongoing “military artificial intelligence arms race” among the world’s military powers.

In October of last year, Hawking warned scientists at the European Center for Nuclear Research (CERN) about the potential for the Higgs Boson “God Particle” to initiate “catastrophic vacuum decay” — the formation of a quantum bubble that expands at the speed of light and could decimate the entire universe. Concern over the automation of the world’s workforce coupled with capitalist greed also earned the scientist’s stern alarm.

In fact, taken collectively, Hawking’s numerous warnings are aimed directly at the careless hubris of the ruling elites and their tendency to act in favor of profit — in a variety of fields — without consideration given to long-term consequences resulting from such hastily implemented projects.

Despite the numerous cautionary scenarios Hawking has proffered, he claims society will likely discover the means to cope.

“We are not going to stop making progress, or reverse it, so we have to recognize the dangers and control them,” he stated. “I’m an optimist, and I believe we can.

“It’s important to ensure that these changes are heading in the right directions. In a democratic society, this means that everyone needs to have a basic understanding of science to make informed decisions about the future.

“So communicate plainly what you are trying to do in science, and who knows, you might even end up understanding it yourself.”

The BBC will broadcast this first lecture with Stephen Hawking on January 26 and February 2. It will also be found online here.

Hawking’s theories, of course, haven’t escaped criticism; yet he does maintain a healthy enthusiasm, which was evidenced in this advice he offered young scientists:

“From my own perspective, it has been a glorious time to be alive and doing research in theoretical physics. There is nothing like the Eureka moment of discovering something that no one knew before.”