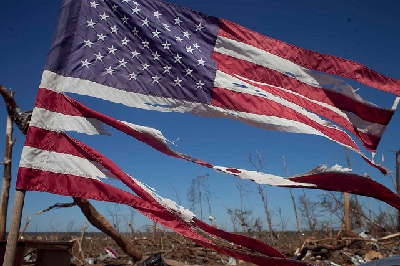 Mark Dice discovers why he’s proud to be an American…

These ill-informed zombies have no idea even about how many stars are on the flag, much less about what the Fourth of July represents:

These millenial voters who are electing the next president don’t know their heads from their asses. They have no idea what is going on in the world, and they are enabling the downfall of this once great country.

Many no longer have any loyalty to this nation or the rights of the people, and are happy to see it dismantled. When chaos erupts, a police state will fill the vacuum, and power will shift evermore up the pyramid.

Are They Arming for Riots Across America? Homeland Stockpiling “Less Lethal Specialty Munitions”