‘We Are Americans… Just Not Legally’: TIME Poster Boy for Illegal Immigration Exposed as Pedophile 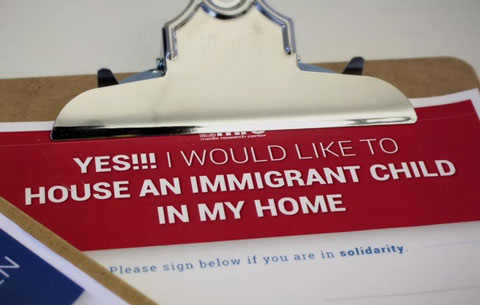 This one speaks for itself.

The establishment is desperate to propagandize a myth that all immigrants are just hardworking people pursuing the American ‘dream.’

But many of those who have entered the country illegally just aren’t so innocent and well-intentioned.

A New York man who was once featured in a Time magazine cover story about immigration reform has been sentenced to 15 years in prison for possession of child pornography.

Roy Naim, 32, who was featured in the 2012 story titled ‘We are Americans…just not legally’, was also convicted in 2014 for attempted exploitation.

One of the victims was a teenage boy who was suffering from a brain tumor. He had attended a camp for children with cancer, where Naim worked as a counselor.

Naim, who immigrated to the US with his family when he was three years old, was named the ‘Jewish face of the immigration reform struggle’ after he appeared in the Time story… Naim will be deported to Israel after completing his sentence.

There are plenty of sick people in this world, and being an illegal immigrant doesn’t necessarily factor in. But those who are willing to break America’s laws and disregard the system in place aren’t off to the best start.

But a legal immigration process, intended to screen applicants and document their histories, is intended to weed out as many serious criminals and risky individuals as possible.

In this case, one of the nation’s premiere propaganda outlets now has egg on their face for promoting an admitted pedophile as “one of the good guys” that people should cheer on being in the country.

One of the insider’s poster boy for the ‘Dream Act’ turns out to be a disgusting criminal scumbag… who likes little boys.

Time to look past the hype and rhetoric, and do what is legal and right for the country. People like Naim must be kept out if possible.

Otherwise, the system stands to be overrun by hordes of dependents and overwhelmed by opportunistic criminals who would ruin our country and prey upon its law abiding legal citizens.