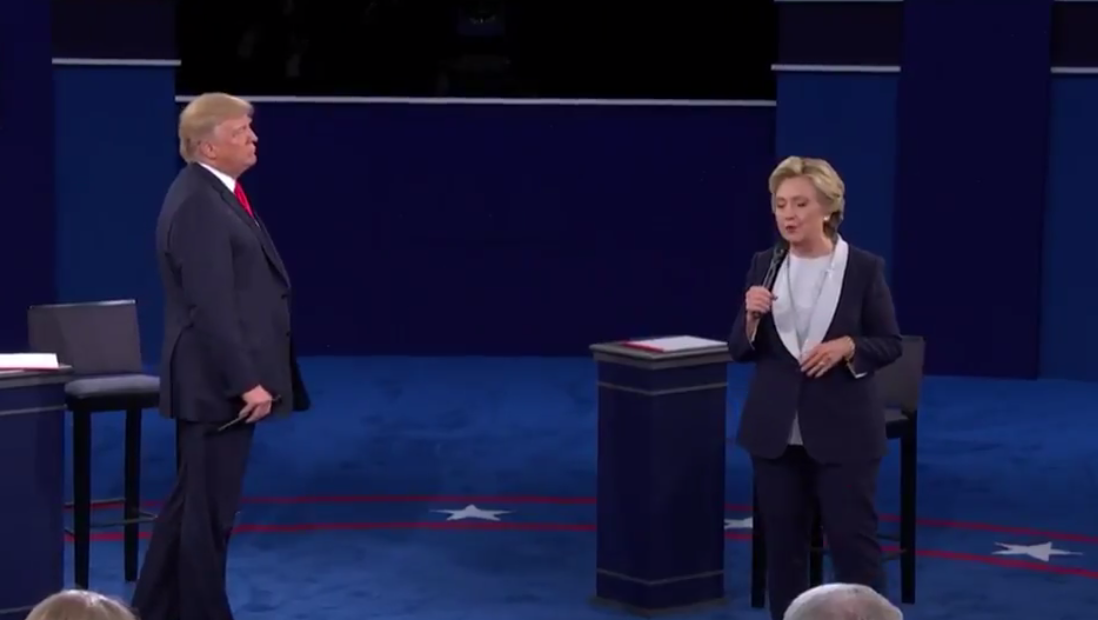 Editor’s Comment: And so, the gloves are completely off. This election has gone primal, and both the Clinton and Trump campaigns are letting loose – or threatening to release – all the dirt, accusations, recordings, photos, names and more.

It is clear that Trump has a few skeletons in his closet as well, and more than enough to hang himself with. But it remains to be seen if any political dynasty can sink as low as the Clintons, and yet still manage to hang on to power. Has there ever been an election like this one?

Debate Post-Mortem: Trump Crushes Clinton – “You Should Be In Jail”

From the no-handshake start, following the most awkward Bill-Melania pre-debate greeting, it was clear the gloves were off. While Trump started apologetically, once Clinton opened up ad hominem character attacks, The Donald turned it up to ’11’. Lashing out at Bill’s indiscretions “his actions are worse than words”, Hillary’s lying “you should be in jail… I will call for a special prosecutor”, and the biases of the moderators”it’s one of three here” even the crowd cheered.. before being quickly shushed. Online polls, unbiased commentators, and the Mexican Peso agreed Trump won.

Thank you @RealDonaldTrump for standing up for me before my rapist’s defender Hillary Clinton. #debate

A picture paints a thousand words… 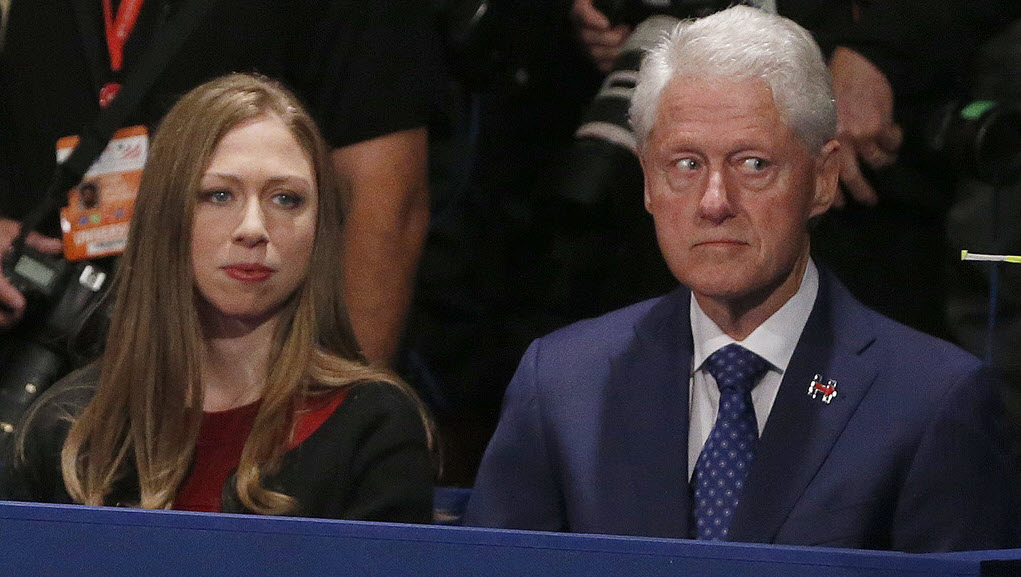 Melania #Trump and Bill #Clinton shake hands prior to the #debate pic.twitter.com/SGbqz1neah

No handshake at the start…

Hillary appeared to attract a fly…

“You should be in jail”

Trump to Clinton: “You’d be in jail” if I was in charge pic.twitter.com/FvgldWAsNS

“I will bring a special prosecutor”

Trump: If elected, I’d “instruct my attorney general to get a special prosecutor” to investigate Clinton emails https://t.co/6yZPKjd2Py

TRUMP: “Bernie Sanders and between super delegates and Debra Wassermann Schultz and I was surprised to see him sign on with the devil. The thing that you should be apologizing for are the 33,000 e-mails that you deleted and you acid washed and the two boxes of e-mails and other things last week that were taken from an office are are now missing. I didn’t knowledge I would say this, but I’m going to and I hate to say it. If I win, I am going to instruct my attorney general to get a special prosecutor to look into your situation. There has never been so many lies, so much exception. There has never been anything like it. We will have a special prosecutor. I go out and speak and the people of this country are furious. The long time workers at the FBI are furious. There has never been anything like this with e-mails. You get a subpoena and after getting the subpoena you delete 33,000 e-mails and acid watch them or bleach them. An expensive process. We will get a special prosecutor and look into it. You know what, people have been — their lives have been destroyed for doing 1/5 of what you have done. You should be a shamed.”

COOPER: “Secretary Clinton, I will let you respond.”

CLINTON: “Everything he said is absolutely false. It would be impossible to be fact checking Donald all the time. I would never get to talk and make lives better for people. Once again, go to Hillary clinton.com. You can fact check trump in realtime. Last time at the first debate we had millions of people fact checking and we will have millions more fact checking. It’s just awfully good that someone with the temperament of Donald Trump is not in charge of the law in our country.”

TRUMP: “Because you would be in jail.”

COOPER: “We want to remind the audience to please not talk out loud. Do not applaud. You are wasting time.“

Read more at Zero Hedge, where this article first appeared.