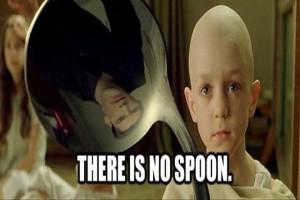 This article was written by Christina Sarich and originally published at The Waking Times.

Editor’s Comment: While it may seem unbelievable, the CIA and other government agencies took a careful look at the strange world of superhuman abilities, sixth senses and ESP capabilities. Surprisingly, the found that at significant portion of the population have the power to do extraordinary things that nobody thought was possible.

The feel good cliche – but still true – is that we ALL have extraordinary, superhuman abilities to do things we never thought possible. Science, though it has tried to shy away from the weird, is constantly confirming that the human mind is capable of extremely powerful things. And no one should be underestimated, because all things are possible.

Just think how much human potential is wasted on the daily grind, and our habit of dumbing down to the middle just to fit it… At the end of the day, there is no spoon. Try to wrap your head around that.

Declassified Document Suggests Many of Us May Have Superhuman Powers

A recently declassified document that was unearthed through the Freedom of Information Act, suggests that the Chinese government has conducted massive-scale studies on superhuman powers like telepathy, psychokinesis, approbation, aerokinesis, clairsentience, clairaudience, and more. The US Central Intelligence Agency was appraised of these studies, and could have conducted similar investigations, all while keeping the results hidden from the general public.

The document titled, “Chronology of Recent Interest in Exceptional Functions of The Human Body in the People’s Republic of China” can be found on the CIA’s website, and details studies which the Chinese government and other agencies funded to test thousands of children to see if they had superhuman abilities.

The government was so interested in the possibility of these superhuman individuals, that hundreds of testing centers were set up across China. Though they do not reveal the results, except for the mention of one individual, a Qi Gong grandmaster, Zhang Baosheng, who was able to ‘smell’ the contents of messages written on folded slips of paper, and once relocated physical objects from inside sealed containers to another location. Baosheng was named by high-ranking communist leaders as a “healer with extraordinary powers” in the 1980s. Baosheng was later arrested for fraud in 1995. It is said that he and others of the Qi Gong movement took a ‘shortcut to scientific exploration’ and utilized weird science and superstition to promote their abilities.

This isn’t to say that Baosheng and others don’t have superhuman skills. There are numerous studies that are publicaly available, confirming this. Princeton scientists have found that telekinesis, or psychokinesis is very real.

In the famous children’s tale, Alice in Wonderland, the White Queen tells Alice that, “memory works both ways.” The superhuman power of clairaudience (along with many other ‘clairs’) have also been scientifically documented.

Dr. Bem, a social psychologist at Cornell University, has conducted a series of experiments that are published in one of the most prestigious psychology journals (Journal of Personality and Social Psychology). Across nine experiments, Bem examined the idea that our brain has the ability to not only reflect on past experiences, but also anticipate future experiences. This ability for the brain to “see into the future” is often referred to as psi phenomena. He used well established, standard scientific methods to study this phenomenon and found that we are all equipped with the ability to see into the future. It seems some of us have just developed this ability, either with practice, or through the gift of birth, to a more advanced degree.

Nikola Tesla once said, “the day science begins to study non-physical phenomena, it will make more progress in one decade than in all the previous centuries of its existence. To understand the true nature of the universe, one must think it terms of energy, frequency and vibration.”

If this is indeed true, then hundreds of thousands of children (and adults) could easily manipulate matter with the frequency of their thoughts.

The US government has similarly conducted parapsychology studies. The Stargate Project was the code name for a secret U.S. Army unit established in 1978 at Fort Meade, Maryland, by the Defense Intelligence Agency (DIA) and SRI International (a California contractor) to investigate the potential for psychic phenomena in military and domestic intelligence applications. The project was loosely reference in the film The Men Who Stare at Goats.

The fact that China’s government was involved in the study of parapsychology and that the CIA deemed it too dangerous to reveal to the public (while the US government was conducting its own studies)  is telling. Are these skills being used against us? And are we being dumbed-down by frequency so that we cannot realize our innate gifts to heal, read thoughts, move objects with our minds, and a myriad of other superhuman feats? Knowing what is possible is a good step in the right direction. Our evolution as conscious creatures has only just begun.

This article was written by Christina Sarich and originally published at The Waking Times.

Christina Sarich is a freelance writer, musician, yogi, and humanitarian. Her insights appear in magazines as diverse as Weston A. Price, Nexus, Atlantis Rising, and the Cuyamungue Institute, among others. She was recently a featured author in the Journal, “Wise Traditions in Food, Farming, and Healing Arts,” and her commentary on healing, ascension, and human potential inform a large body of the alternative news lexicon. She is also a staff writer for Waking Times.