Paying For The Surveillance State: Detroit Businesses Are Being FORCED To Pay To Allow Police To SPY On Their Customers 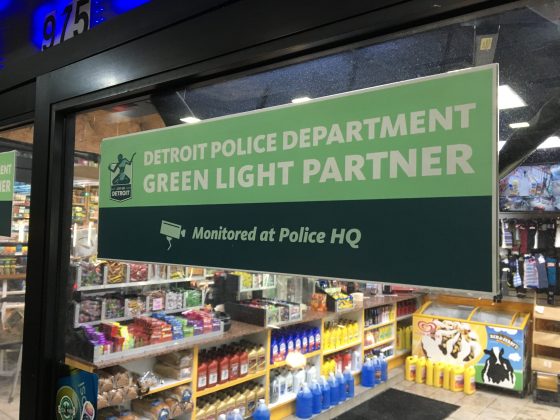 In yet another shocking example of the ever increasing American police state, the Mayor of Detroit is planning to mandate that all businesses that stay open later than 10pm be equipped with surveillance equipment that said businesses would then be forced to pay for.

The mandate would increase the amount of businesses taking part in Project Green Light from 230 to upwards of 4,000. Over 200 businesses have already voluntarily signed up for what is essentially a video surveillance system that is directly monitored at a main police hub in the city.

Mayor Mike Duggan’s administration is moving forward with a plan to eventually mandate every retail business in Detroit with late-night hours have surveillance cameras tied into Project Green Light, the Detroit Police Department’s real-time crime monitoring system credited with a decrease in carjackings and overall crime around participating businesses.

In an interview Wednesday with Crain’s, Duggan said he will ask City Council later this year to mandate Project Green Light high-definition video systems for all retail businesses open after 10 p.m.

The report goes on to then reveal that businesses themselves actually pay for the surveillance which means that if Project Green Light becomes mandatory, American companies will literally be forced by the law to pay to spy on their own customers whether they want too or not.

Businesses in the Green Light project get extra patrols from Detroit Police Department officers who stop in to sign a log book, documenting the visit. Startup costs for getting the surveillance cameras installed ranges between $1,000 and $6,000, with monthly costs for cloud storage of the video starting at around $140.

Additionally, the mayor seems absolutely hellbent on forcing every single business in his city to install the surveillance and has even gone as far as to slander business owners who don’t want the equipment by ludicrously claiming that they work with drug dealers themselves!

There has been some grumbling among business owners in Detroit about pressure they have felt to join Project Green Light, for which the city claimed a trademark in 2016.

Duggan said the pressure is being driven by neighbors of retail businesses who had boycotted some establishments for their refusal to install the cameras and green lights.

“There’s no doubt there’s businesses in this city that are in partnership with the drug dealers out in their parking lots, who don’t want the green light,” the mayor said. “I’m letting the neighbors deal with that.”

In other words, if you do not install our Orwellian spy equipment then we will conduct a propaganda campaign to convince your neighbors that you do not want the surveillance gear because you work with drug dealers.