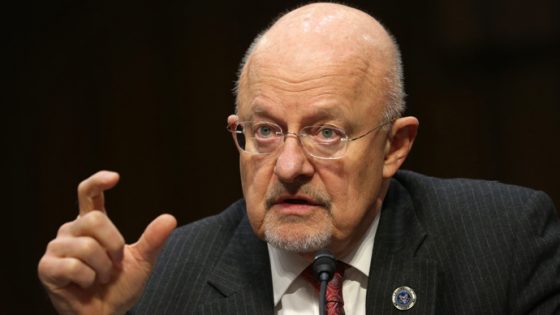 In what the entire mainstream media is reporting as a “bombshell”, former Trump national security adviser Michael Flynn has been charged with lying to the FBI about a series of legal conversations he had with the Russian ambassador that included talk on how better to take out ISIS.

“The charging document states that Flynn made a false statement to the FBI when he stated that in December 2016 he did not ask Kislyak “to refrain from escalating the situation in response to sanctions that the United States had imposed against Russia that same day; and Flynn did not recall the Russian ambassador subsequently telling him that Russia had chosen to moderate its response to those sanctions as a result of his request,” reported CNN.

In comparison, Obama and deep state operative James Clapper has committed open perjury multiple times over the years and literally nothing has happened to him. I guess being a globalist operative has its perks.

During testimony in 2013 in front of a congressional inquiry, Clapper was asked by Senator Ron Wyden if the NSA was collecting “any type of data at all on millions or hundreds of millions of Americans.”

Senator Wyden asked “It does not?”

Director Clapper responded “Not wittingly. There are cases where they could inadvertently perhaps collect, but not wittingly.”

This was proven to be completely fraudulent three months later when whistleblower Edward Snowden revealed that the NSA was deliberately collecting tens of millions of Americans’ phone call records as well as browsing histories, chat logs, email usage, as well as their physical locations.

Clapper would have had a level of security clearance to know that this was taking place. He committed clear perjury by lying under oath, yet faced no consequences at all.

That’s right, there is clear and obvious evidence that Clapper broke the law and committed perjury yet he remains untouched by anyone within the FBI. This is clear bias on the part of the Federal Bureau of Investigations and should be immediately investigated.

“In summary, it appears that lying under oath is perfectly acceptable if you’re a member of the deep state, and Clapper, unlike General Flynn, is enjoying the privilege of having that special distinction.”