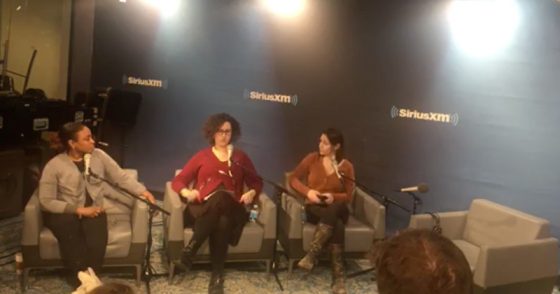 Another day, another piece of news pointing to the now strikingly obvious fact that the hard-left is attempting to further divide the country along racial lines while painting anyone that disagrees with their liberal views as racist.

Appearing on the Sirius XM Progress Channel’s Make It Plain, three organizers of the anti-Trump “Women’s March” spoke about the need to confront white womanhood itself while attacking any white person who didn’t vote for anti-gun Democrat Doug Jones in the recent Alabama Senate election.

“More white women voted percentage wise for Roy Moore than did for Donald Trump,” the panel’s host breathlessly claims. “So this is why this is such an urgent conversation, such an urgent panel to have quite frankly.”

One of the organizers, Sophie Ellman-Golan, shared a graphic on her Twitter account that shows the percentage of white women who voted for Roy Moore over Democrat Doug Jones. The fact that a majority of white women did not support Jones is apparently enough evidence for Golan that they simply had to be racist.

Ellman-Golan made it clear that the left now believes that if a white women votes for a Republican then she is straight up racist and if a white women “conforms” to the liberal orthodoxy she is only “inherently racist” but at least trying to fight it.

“We designed this obviously to work directly with, specifically with white women, but I think also in this particular setting it’s really valuable to have multiple voices talking about both because it’s obviously for white women to confront our own complicity in upholding white supremacy, but it’s not like white women’s voices are, or should be the only voices talking about the ways that white women cause harm and violence,” Ellman-Golan said during the discussion.

That’s right, in the new America, white people are not even allowed to vote for their favored candidate without the fear of being labeled a racist.

Shockingly, this is the third time in the last week that the left has specifically attacked Americans based on their skin color in what is sadly becoming a routine, mainstream media supported, theme.

As I reported for this website, just two days ago a women was attacked and robbed at a Brooklyn area deli by two Hispanic teens who targeted her because she was white and therefore a likely Trump supporter. (she was not)

“A 32-year-old liberal white woman was attacked and robbed by two Hispanic teens who accused the woman of being a Trump supporter while pelting her with groceries at a Bronx area deli Wednesday night.

Amazingly, the woman is not actually a Trump supporter and was apparently attacked as one simply because she was white. Keep in mind that the left has specifically blamed white people for Trump’s election victory so one can imagine that the teens were simply carrying out an attack they thought was for the greater good.”

One day earlier literally tens of thousands of liberals throughout social media, including many “prominent” leftists, used Doug Jones stunning victory in Alabama to attack white people as a whole.

“In the new America, the hard-left openly mocks and insults all white people simply because a certain percentage of them do not vote for liberal candidates,” I reported, again for SHTFplan.com.

“Keep in mind that BOTH candidates were white yet that did not stop the race baiting left from conducting a vile series of attacks on the white race while pretending that they are the actual civil rights heroes.”

Make no mistake, this is a Soros-funded, globalist operation to scare white Americans into supporting ONLY liberal candidates or take the risk of being viciously attacked as a racist.

All Americans must stand up to this transparent divide and conquer strategy or risk an all out civil war.